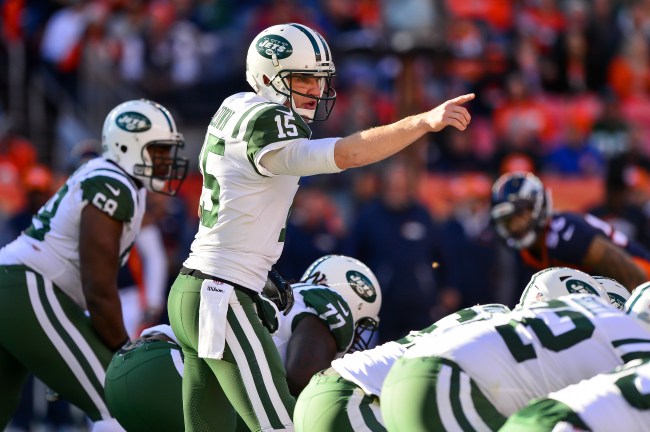 Is there any player in quarterback in history whose had a quieter 15-year career than Josh McCown. The dude is 38-years-old and has bounced around to nine NFL teams and the Cleveland Browns. He was in the same draft as Ed Reed and Jeremy Shockey for Pete’s sake.

It looks like Uncle Josh has a little pep in his step after signing a 1 year, $10,000,000 contract with the New York Jets this offseason. The 6’4” Sam Houston State alum has managed to make headlines on the hardwood after a video from 2014 surfaced of him balling at a charity event in Tampa when he was the primary starter for the Bucs. Dunks. Fade away jumpers. The Rondo behind-the-back fake. The dude can flat-out ball.

As a Patriots fan, I’m extending the boundaries of my imagination to picture Tom Brady balling out of control like McCown, but unfortunately I’d need hallucinogenic drugs to conjure that image.

Pretty surprising for a guy whose football game can be compared to unsalted popcorn.