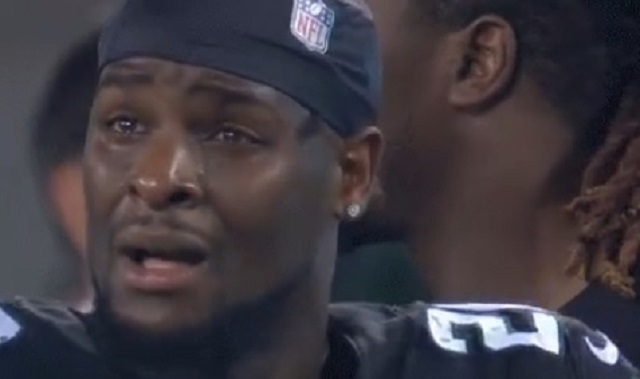 Is Le’Veon Bell already regretting signing with the NY Jets?

During the offseason, Bell became one of the highest-paid running backs in the league when he signed with Jets after sitting out a year in Pittsburgh

The deal includes $35 million guaranteed, with a maximum value of close to $61 million, including incentives, a source said.

Le’Veon seemed pretty excited about joining the Jets at the time.

I’m back in the green baby, let’s get it

The shorthanded Jets offense struggled mightily against the Browns on Monday Night Football and Bell seemed pretty dejected on the sidelines.

LeVeon may not make it through this year pic.twitter.com/xmoKr0HqKG

Fr fr LeVeon should only be crying like this pic.twitter.com/Rj0swCJWP9