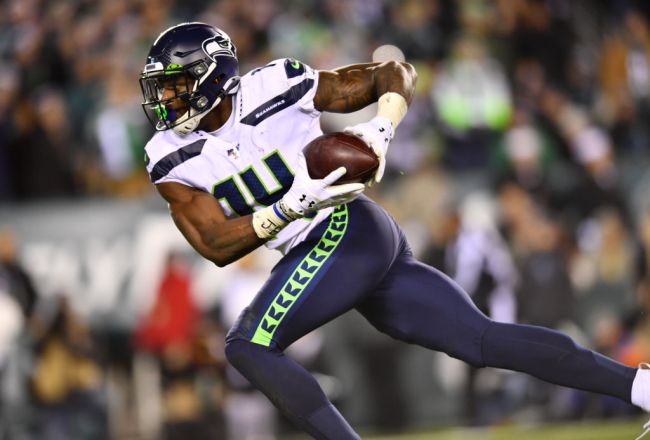 The New York Jets are looking to make a splash this offseason.

After a subpar 2021 campaign, New York is hoping to add talent around first round pick Zach Wilson. They’ll have the opportunity to do just that in the upcoming NFL Draft, but there have been whispers that the Jets may make a move on the trade market, too.

Doing so would allow the team to bring in a proven playmaker that’s ready to contribute right away, as opposed to waiting on the development of a draftee.

And it looks like the wide receiver room is an area of focus.

The Jets do boast a formidable 1-2 combination of Corey Davis and Elijah Moore, but they’re looking to add some star power. A recent report out of New York suggests that the team may be focusing on three All-Pro caliber talents that are entering the final year of their contracts.

There’s no indication that these players are available at the moment, but potential trade talks could change that. Both Brown and Samuel seem like longshots to be dealt. Each are returning from breakout seasons, and they should be huge parts of their respective offenses in 2022.

Metcalf, however, is an interesting case.

The Seahawks got rid of Russell Wilson earlier this offseason. They could opt to go full rebuild and acquire some draft picks for the future.

We’ll wait and see if these talks amount to anything on the market. It has to be encouraging to Jets fans that the team is on the hunt for star power.