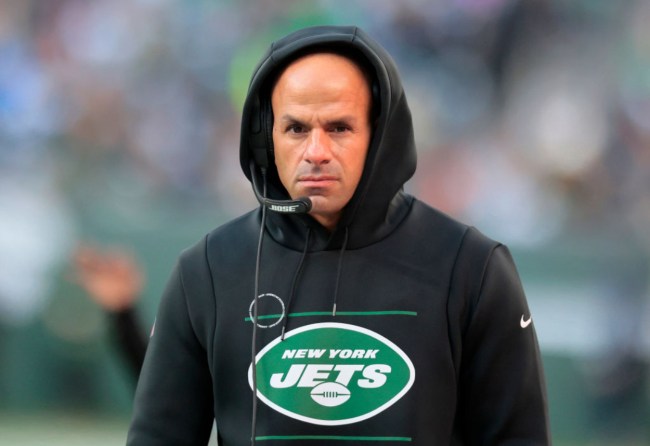 Tom Brady has been in the NFL for over 20 years, has played in over 300 games, has beaten every team in the league, and has seven Super Bowl rings. It’s safe to say that he’s been described, and almost always positively, in every way imaginable.

Somehow, Jets head coach Robert Saleh found a unique way to describe TB12 while offering up some serious praise for the Buccaneers’ QB. Saleh paid his compliment to Brady as the Jets welcome the Buccaneers to Metlife Stadium on Sunday.

“If you ever want to see what a coach would look like if he still had the ability to play, well, there he is, Tom,” Saleh said, according to Rich Cimini of ESPN.

Yep, that’s a pretty great way to describe Brady. It’s no secret that he has had major coaching influence with the Bucs now and alongside Bill Belichick during his time in New England. That’s not a fault to those coaching staffs, either, Brady has one of the greatest football minds the game has ever seen.

Few people in the game have been able to analyze and pick apart defenses as Brady has and nobody has ever done it as well as Brady has for such a long period of time.

Saleh and the Jets will likely have their hands full this weekend with Brady and the Bucs coming to town.