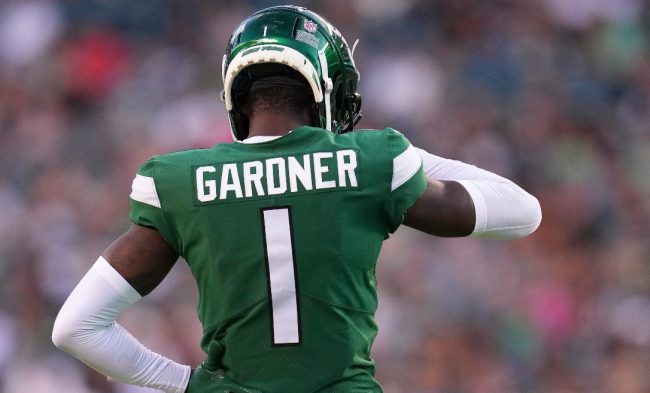 The New York Jets are primed to improve this year after selecting numerous talented rookies this offseason. Ahmad “Sauce” Gardner has been lights out throughout the preseason and seems poised to have a big rookie campaign. However, it sounds like he just signed the perfect sponsorship deal with Buffalo Wild Wings, where he’ll be featuring his own sauce.

According to Front Office Sports, “Sauce” Gardner will have his own signature sauce at the popular restaurant. Due to his nickname, it will be called the “Sauce Sauce.” After missing out on the NIL deals, the Jets rookie is able to capitalize on a Buffalo Wild Wing sponsorship in the NFL.

Jets CB Ahmad 'Sauce' Gardner has signed a deal with Buffalo Wild Wings to introduce his own signature sauce:

This week, Ahmad ‘Sauce’ Gardner will hold a “Signed with Sauce” event in New Jersey — where he will autograph items with sauce.

If you’re a Jets fan, what’s stopping you from going to Buffalo Wild Wings every Sunday to chow down on some “Sauce Sauce” wings? This makes me wish my nickname was Sauce just so I could have this same sponsorship deal and eat at the restaurant every single day.

As for the Jets, the franchise seems excited about their batch of prospects. After struggling much of last year, the coaching staff is hopeful they can improve and at least be competitive.