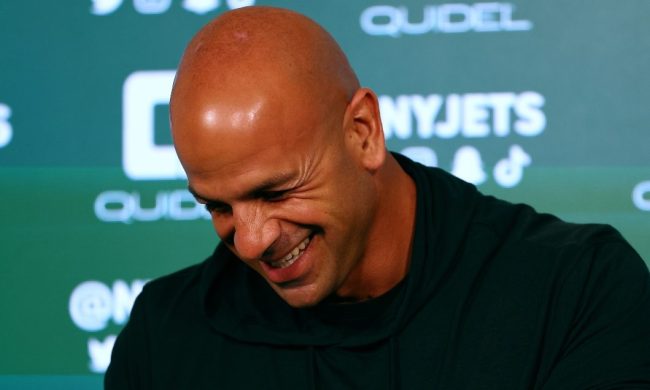 The NFL regular season is right around the corner as every team prepares for another year of football. After a solid offseason, the New York Jets hope to continue improving, however, it sounds like one rookie is catching the eye of the head coach early in training camp. Not only because of his talent on the field, but also his expert level of trash talk.

During an interview on the NFL Network, Robert Saleh was asked about Ahmad “Sauce” Gardner and what he brings to the team. There is no question that Gardner is a unique talent who has the potential of becoming one of the best cornerbacks in the league. Additionally, he apparently talks a ton of trash on the field. So much so, that Saleh claims it’s the most trash talk he’s ever heard from a rookie.

Name a better duo than NFL cornerbacks and trash talking. It seems to go hand in hand with the position and Sauce Gardner is no exception. Some of the league’s best corners are the best trash talkers as well. Just look at the Los Angeles Rams star Jalen Ramsey as a prime example. We’re sure to hear stories and tidbits regarding the Jets’ star rookie throughout his career. Especially considering he’s an elite trash talker and player.

New York may have struck gold in drafting Gardner, but it’s what he does on Sundays that will count the most. It sounds like he’s having a strong camp, which bodes well for the future of this franchise. If Sauce Gardner lives up to expectations, then the Jets will have an elite trash-talking cornerback leading the way on the defensive end.