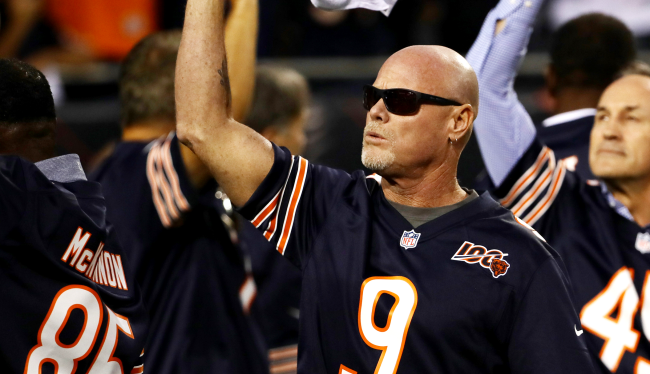 Bears legend Jim McMahon, who led the team to its only Super Bowl win back in 1985, was asked this week which organization was the best that he played for in the NFL and the quarterback made it very clear that it wasn’t Chicago.

The College Football Hall of Famer passed for just 11,203 yards during his seven injury-riddled years with the Bears, but it was far more than he threw for in the eight seasons after on the six other teams.

So when he was interviewed this week on the FatMike Chicago Sports Show on 1252 Sports and the subject of which organization was the best he ever played for, one might assume he would say the Chicago Bears.

Much to every Chicago Bears fans’ dismay, McMahon chose… the Green Bay Packers.

“Great atmosphere up there. It was the best team, or the best organization, that I’ve played for of the seven teams that I got to play for,” said McMahon. “By far. From top to bottom it was great people. From the equipment guys all the way up to whoever is the main guy up there, everybody gets treated the same. They treat you great up there.”

But… what about the Bears?

“Chicago’s always been known for their defense and their running game,” he said. “And that’s probably all they’re ever going to be known for. I think it’s where quarterbacks go to die.”

That’s all 40 starting quarterbacks the Bears have used since the year 1976. Not a Hall of Famer in the bunch.