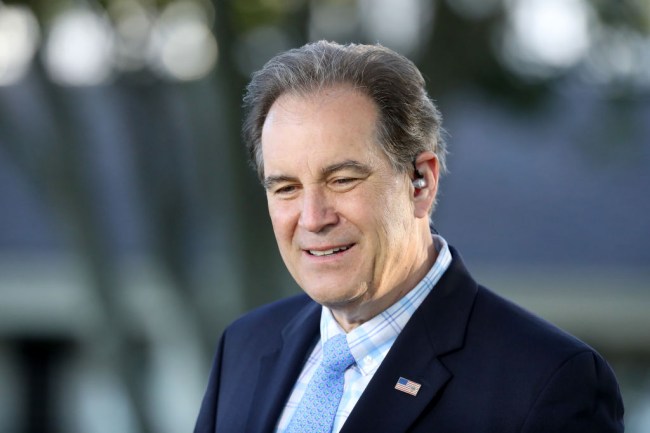 This week’s PGA Championship kicks off what should turn out to be a remarkable stretch of golf.

Given the fact that the pandemic shut the sports world down for a few months, we’re experiencing what feels to be a sports overload right now with the PGA Tour, NBA, NHL, and MLB all in action with the NFL and college football seasons fast-approaching. While golf will likely take a backseat to those sports from a viewership perspective, it’s not for the lack of a weak schedule.

We’re scheduled to witness seven majors in an 11-month stretch. We’ll also have a Players Championship, the Olympics, and a Ryder Cup in the span of just 13 months from now.

While it’s clear that golf fans are in store for something special, CBS’ Jim Nantz thinks it’s not only going to be special, but it will be the greatest stretch of golf in the history of the sport.

“No other sport can say this right now except for us: We are about to enter the greatest stretch of golf in the history of the game,” Nantz said, according to GOLF. “Starting on Thursday, in an 11-month stretch, we are going to have seven major championships. We are going to have the playoffs. That includes two Masters, two PGA Championships, the Players Championship.”

“To have a stretch of golf, you get four in a year usually. We are going to have seven in 11 months, plus, the Players, the playoffs, all that. It’s an amazing stretch for the game. That to me is what we need to be talking about right now.”

Here’s a breakdown of the historical golf schedule we’re about to be witness to: