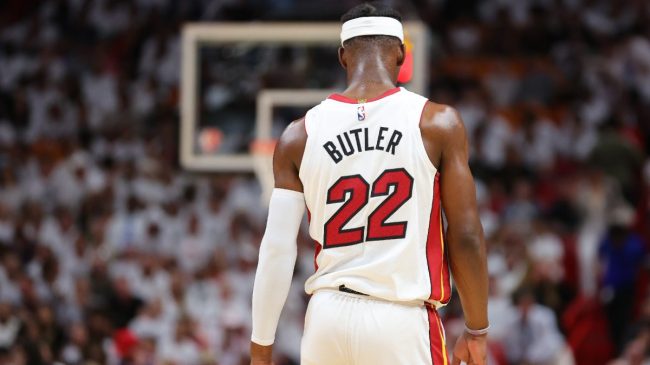 NBA bettors received an awful beat on Wednesday in Game 2 of the Heat’s playoff series with the 76ers.

Late in action, Miami guard Jimmy Butler was sent to the charity stripe after being fouled by Philadelphia. With the score at 114-101 and just a under a minute and a half remaining in the contest, the free throws didn’t have any effect on the outcome of the game.

But for those that took the over on the superstar’s point total, they were crucial.

Needing just one Butler make to cash in on the bet, over bettors looked on in anticipation. With time dwindling, there was a good chance that this would be the last shot for the wager to hit.

Luckily, things appeared to be lining up perfectly as their nerves could soon be put to ease.

The All-Star’s total was set at 22.5 points for Game 2, and he’d already notched 22 points on the night. Butler also shot a career best 87% from the line this season, seemingly making this over wager a lock to hit.

Butler missed both free throws, with the second one going halfway down before rattling back out.

Miami would go on to score five more points before the final buzzer sounded, but none were contributed by the Heat guard. He ended the night stuck on 22 points, giving over 22.5-point bettors a tough pill to swallow.

The free throws were the only two that he missed on the night, with Butler finishing 5 of 7 from the stripe.