The Rumors Are True, Jimmy Butler And Selena Gomez Are Dating, But It’s ‘Very Casual’ 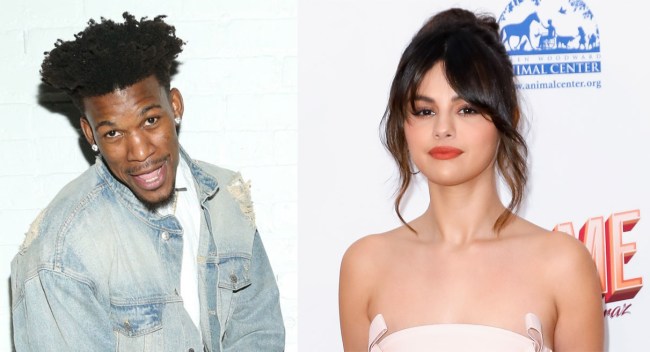 Folks on the internet about lost their dang minds at the mere possibility that this coupling was actually a thing.

Fast forward to this week and wouldn’t you know, but it’s true. Jimmy Butler and Selena Gomez have actually been dating. Go figure!

Butler, who invited absolutely no one – not friends, not family – into the NBA bubble with him during the playoffs, is apparently making up for lost time.

According to E! News, Gomez and Butler have gone out “a few times,” but Selena is “keeping her options open but has been on a few dates with Jimmy and thinks he’s a great guy.”

The source goes on to say, “They hung out a few times while Selena was in New York City. Jimmy asked her to go to dinner and they had a great time. It’s very casual and she’s open to seeing where things go, but isn’t settling down just yet.”

Interestingly, it was just in September that Gomez told told YouTuber Nikkie Tutorials that the pandemic combined with the fact that she has lupus had put her dating life on hold.

“It’s just funny that I release things that say I want a boyfriend and stuff … and I’m like, ‘I didn’t really mean it, though.’ Guys are a lot of work,” said Gomez.

The E! News source added Gomez “has recently been more open to dating” and “her friends want to set her up all the time but she has loved being single.”

Back in January, Gomez told told Zane Lowe on Apple Music’s Beats 1 that dating another celebrity “always seems to be within a little bubble, and it’s because it’s safe, right?”

Well… Butler certainly knows all about what it’s like being safe inside a bubble.

Jimmy Butler and Selena Gomez dating is the most bizarre yet somehow the most perfect pairing. I love it so much I want to be their child.