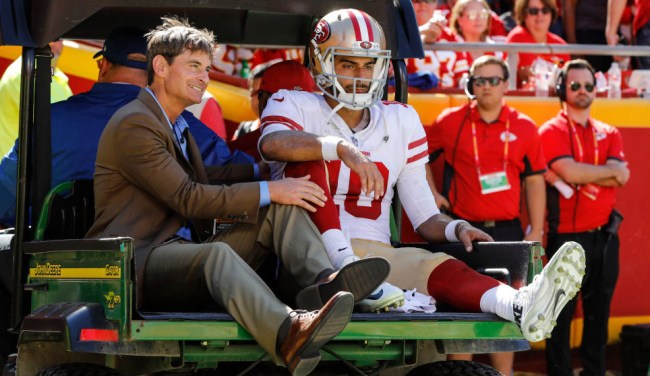 Sunday was a very bad day for San Francisco 49ers fans (and anyone who owns him in fantasy football) as their new franchise QB Jimmy Garoppolo went down with what appears to be a pretty devastating non-contact knee injury.

Niners coach Kyle Shanahan has already said that Garoppolo will have an MRI on Monday as the team fears he tore his ACL which would put him out for the year.

Wait, are you telling me that this isn’t the way knees are supposed to bend?

Naturally, anyone who had a vested interest in Garoppolo doing well this season was pretty upset.

when you're in 4 fantasy football leagues and Jimmy G is your QB in all of em pic.twitter.com/ToqCYvdk3U

On the other hand, if you happen to be one of his ex-girlfriend’s, like, say, Alexandra King, you might not have been sad to see him tear up his knee on Sunday, as she wrote “karma” in an Instagram story after he went down on Sunday. 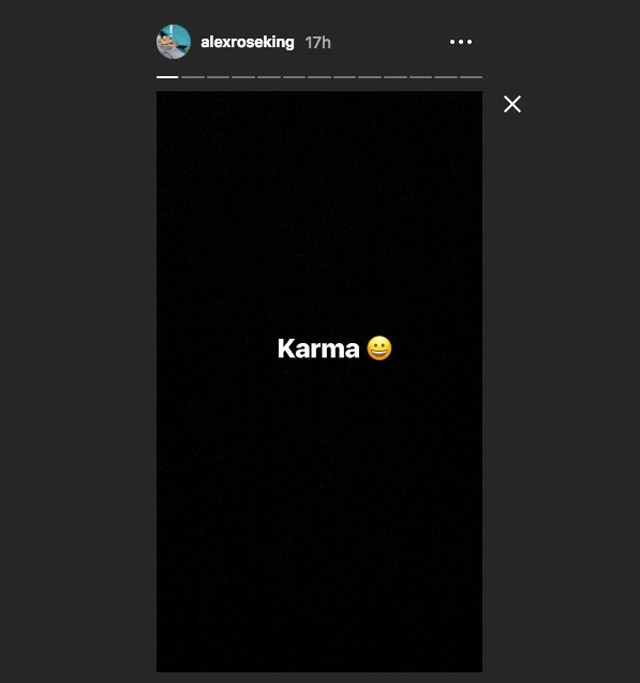 As for why King might feel this way about Jimmy G, well, while they were most definitely dating he claimed he didn’t have a girlfriend, which was a bit odd.

San Francisco 49ers quarterback Jimmy Garoppolo spent the day with his girlfriend Alexandra King over the weekend! Check out the pics of the hot young couple: https://t.co/97TDdLKLS7