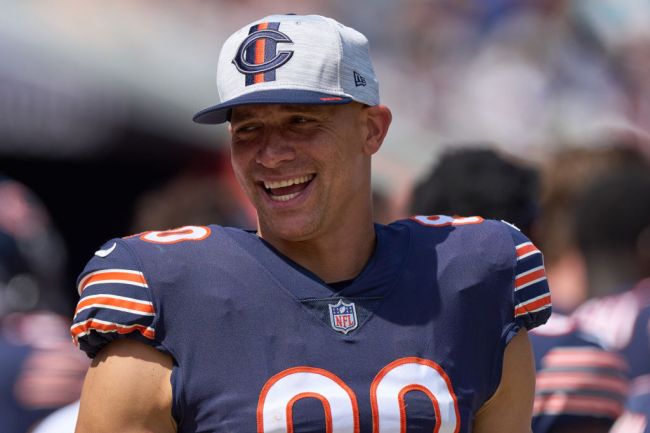 Like most other tight ends that were drafted into the NFL around the same time Rob Gronkowski was, Jimmy Graham was motivated by the now four-time Super Bowl champion.

Graham took things further, however, he wanted to remind himself every day that Gronk was the standard when it came to NFL tight ends. So, naturally, he hung a Gronk jersey on his bedroom wall.

The thing is, that Gronk jersey was the only thing he ever hung inside his house for four years. You could call that serious dedication or laziness not having any sort of decorations on the wall, but that was the reality for Graham.

What’s really interesting here is that Graham and Gronk were both drafted in 2010, but the fact that Gronk was taken 42 spots ahead of him clearly served as a motivator for Graham.

The Bears tight end recently spoke with ESPN’s Mike Triplett and revealed for the first time that Gronk’s jersey hung on his bedroom wall.

Maybe Graham waking up to his Gronk jersey really did make a difference in his career. At one point, Graham was without question one of the best tight ends in the league and has been selected to five Pro Bowls throughout his career.

It’s hysterical to think about Graham waking up and the first thing he sees every morning is a Gronk jersey, but hey, whatever works.