On this episode of ‘I Could Do That’ from Whistle, Jimmy Graham joins the elite US Army Golden Knights parachute team to jump out of a plane and get into formation. Part of me wonders if I should be more impressed by good Jimmy Graham is at skydiving but he’s a world-class athlete so I’m telling myself I shouldn’t be that surprised. Just hit the ‘play’ button on that video above to watch the clip!

Who are the US Army Golden Knights?

‘Golden Knights’ was a carefully chosen name. The ‘Golden’ refers to the team’s success on the world stage and winning gold medals in global competitions. And ‘Knights’ refers to ‘defenders of the sky’.

Just hit play on that episode of ‘I Could Do That’ from Whistle and check out Jimmy’s clip!

It really is remarkable how Jimmy’s NFL skills translate to jumping out of a plane. He was able to pick up the non-verbal signals without any issue at all. And from a physical perspective, he already has the core strength and body control necessary to jump out of a plane and get in formation with the most elite formation skydivers on the planet.

I’d be lying if I said I wasn’t a little jealous of Jimmy Graham here. I’ve never actually been skydiving. Years ago, I studied abroad in Panama and had planned on doing my first jump there but didn’t find the time. I’ve always thought it would be amazing to jump and see both the Pacific and the Caribbean at the same time and then LAND IN THE RAIN FOREST. Is there any way to top that skydiving experience? If there is, I’m open to suggestions.

If you enjoyed this Jimmy Graham x U.S. Army Golden Knights clip from Whistle and want to check out more recent videos from Whistle, smash the ‘subscribe’ button on their channel! You can also check out this clip of CC Sabathia’s son training as a top baseball prospect and this one of NFL kicker Rodrigo Blankenship showing off his sneakers collection. 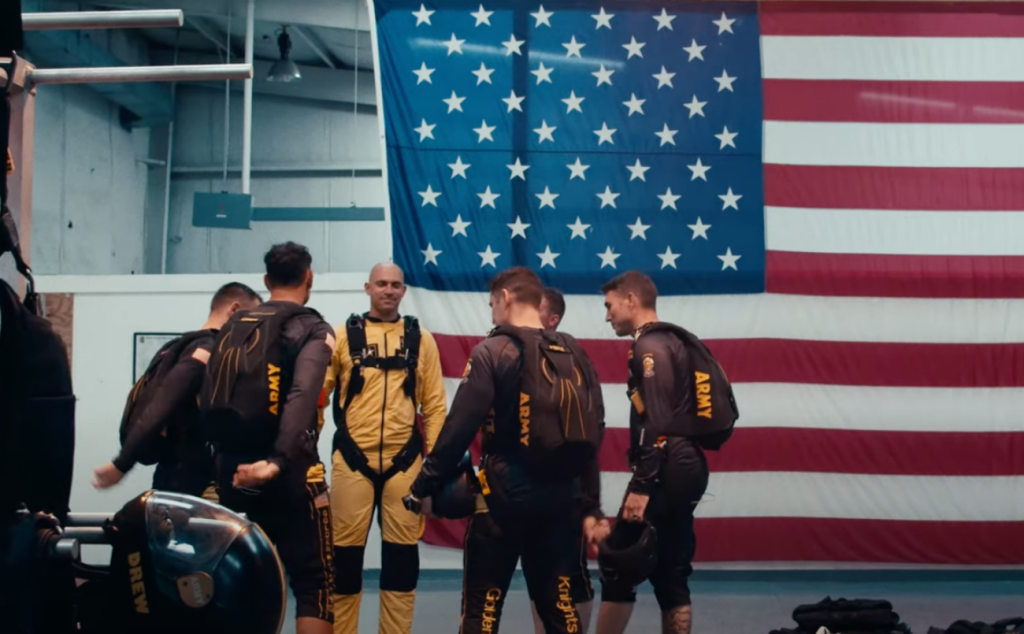