Indianapolis Colts kicker Rodrigo Blankenship is coming off a great season. He was 5th best in the NFL with 32 field goals made (37 attempts) including a perfect 10 of 10 from inside 30-yards and a season-long of 53-yards.

In that clip above, Rodrigo shows off the largest private LEGO collection we’ve ever seen. He’s the latest featured guest on Whistle‘s ‘My Passion’ and he breaks down his love of LEGO and sneakers and how that’s what keeps him busy away from the field. Just hit ‘play’ on that video above and check out his collection.

Going into the 2021 NFL Season Rodrigo Blankenship didn’t crack the top 10 in most Fantasy Football rankings for kickers. But that could quickly change as the season progresses. Those rankings aren’t a reflection of his skills as much as a reflection of how the Colts are predicted to have a losing record this season.

For anyone out there that isn’t overly familiar with Blankenship let’s take a dive into who he is and where he came from.

Who is Rodrigo Blankenship?

Rodrigo Blankenship is a 24-year-old kicker for the Indianapolis Colts. He was born and raised in Marietta, Georgia where he grew up playing soccer but switched to kicking footballs at the age of 10. Rodrigo graduated high school as the 9th-ranked kicker in the country and went to play for the Georgia Bulldogs.

At Georgia, Blankenship entered as a preferred walk-on and he went on to earn the starting kicker spot as a redshirt freshman. He’d become a full scholarship athlete with the Dawgs by his sophomore year. Some of his highlights at Georgia include a record-long 55-yarder in the 2018 Rose Bowl against Oklahoma, a 51-yarder against Bama in the 2018 National Championship, and winning the 2019 Lou Groza Award as the nation’s best kicker.

Rodrigo Blankenship went undrafted after leaving Georgia and signed with the Indianapolis Colts as UFA on April 29, 2020. In his rookie season in the NFL, Rodrigo kicked a game-winning 39-yard FG in overtime to beat the Packers, he converted 43 of 45 extra-point attempts, and was 32 of 37 kicking field goals.

In this episode of ‘My Passion’ from Whistle (click ‘play’ below), Rodrigo shows us his life away from the field. Check it out:

I honestly didn’t know it was possible for one man to own so many LEGOs. It’s kind of incredible to see an NFL player geek out over something so wholesome and relatable though.

If you enjoyed this video and want to see more like it, be sure to hit that ‘subscribe’ button on Whistle’s YouTube channel. You can also check out these recent videos featured here on BroBible which include ‘Star Safety For Notre Dame Shows Off What Everyday Life Is Really Like For Players Around South Bend‘ and ‘How Athletic Are Viral YouTube Sensations IRL? NFL WR Golden Tate Challenges One To A Skills Test‘. 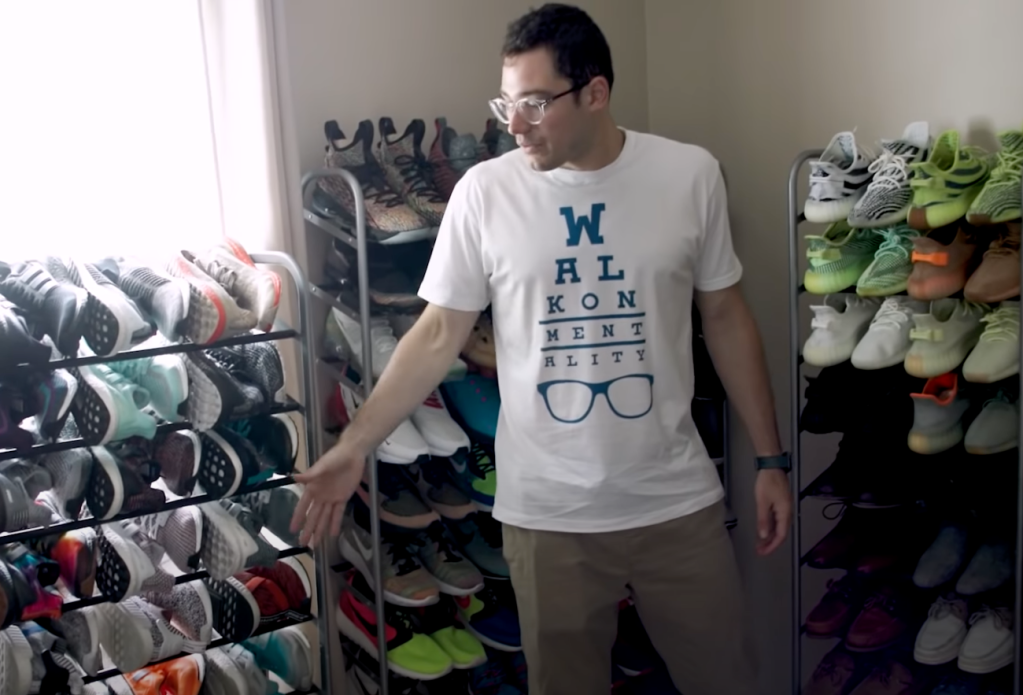