Being a start college football player at one of America’s most revered programs is a life that very few get to experience. Kyle Hamilton is a star safety for Notre Dame who had 63 tackles in 2020 and has 5 interceptions over the past two seasons. It’s good to be him in South Bend.

In the latest episode of Put You On from Whistle, Kyle Hamilton takes us behind the scenes to show what the everyday life a star college football player is like in South Bend. He talks about his childhood and how he was raised abroad, his similarities to Tiger Woods, and shows us around town. Just hit ‘play’ on that button above!

Who is Kyle Hamilton?

Kyle Hamilton is a 6’4″, 220-pound Safety who plays football for the University of Notre Dame. His listed birthplace on ESPN is ‘Atlanta’ but Kyle Hamilton tells us here he was actually born on the island of Crete off of Greece. His dad played basketball in Greece when he was first born and their family moved from Greece to Italy, Israel, and Russia before moving back to the United States (Atlanta) when he was three years old.

When he’s in South Bend, Indiana, Kyle Hamilton likes to get out on the golf course once a week. This is obviously not feasible year-round with the seasons changing but when the weather is right he tries to hit the links once a week and believes it helps him on the football field. Kyle says “I think golf helps me with football just in terms of getting my mind off it. Because when I come out here and golf I leave all the football, film, academic stuff behind and just chill for a little bit and kind of reset my mind.”

Check out Kyle’s life around South Bend, Indiana where he’s a big fish in a small pond. Just hit ‘play’ on this video:

It’s kind of incredible to me that he describes South Bend, Indiana as not being some hole in the wall because the population is a whopping 100K (it’s actually 102,037). That’s still a small town as far as most people are concerned and I’m surprised to hear a guy from Atlanta think that’s not a tiny town.

Kyle Hamilton will begin his season on 9/5 when the Fighting Irish of Notre Dame face the Florida State Seminoles who are in a rebuilding phase with a new head coach. I went to FSU. I’m a lifelong Seminoles fan. I will be 100% rooting against Kyle when he faces the ‘Noles on Sunday but I’m rooting for his career.

It’s interesting to hear him talk about NIL in ways that aren’t just about money. It affords the athletes more freedom to interact with fans and the public in ways they weren’t able to before and that’s an aspect of the NIL story that’s sort of been lost in recent months.

If you enjoyed this episode of Put You On from Whistle, you should hit the ‘subscribe’ button on their YouTube channel. You can also check out these recent videos featured here on BroBible including ‘NFL WR Golden Tate Challenges One To A Skills Test‘ and ‘This 12-Year-Old Has Become One Of Baseball’s Top Prospects‘. 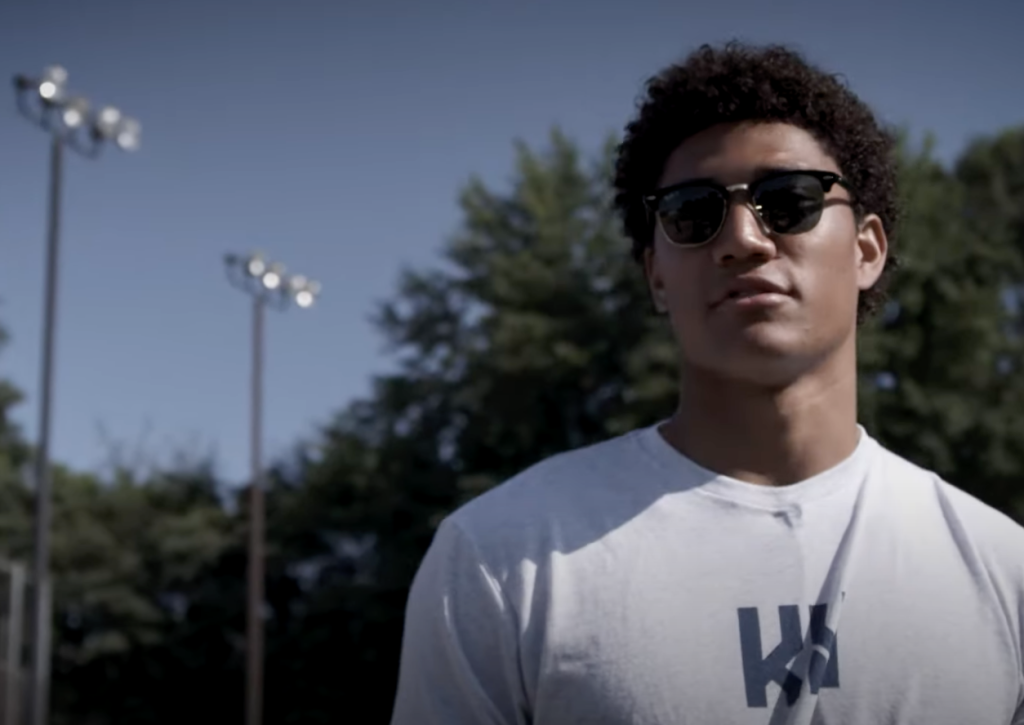