J.J. Redick Sounds Off On Pelicans After Trade To Dallas Puts Him Even Further From His Family In Brooklyn 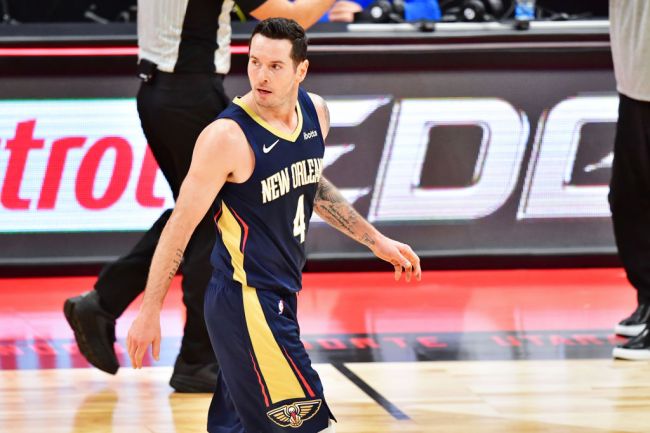 J.J. Redick is set to play for his fourth different team in the last five seasons after the Pelicans traded Nicolo Melli and himself to the Mavericks in exchange for James Johnson and Wes Iwundu. While Redick doesn’t appear to be upset about being traded, he is angry with the destination, and how New Orleans’ front office handled the situation.

During the introduction of the most recent episode of his podcast, ‘The Old Mand And The Three,’ Redick spoke about how New Orleans apparently told him one thing, and went out and did another.

Redick shared that he made a trade request to the Pelicans in November, and even spoke with a team executive and general manager Trajan Langdon about it. What Redick was after in a trade was landing somewhere closer to Brooklyn, which is where his wife and kids are located. He was under the assumption that he was either going to get bought out or sent to a team in the northeast closer to his family.

Well, Dallas isn’t close to Brooklyn, it’s further from Brooklyn than New Orleans, in fact, so you can understand why Redick is mad about how this whole thing unfolded. As to why his family lives in Brooklyn despite Redick never playing for a franchise in New York, that’s a good question. His apartment in DUMBO is absolutely incredible, but given how much he’s bounced around over the years and his bank account, you’d think his family would want to move around with him, but hey, his wife and kids have roots there and he’s clearly not looking to change that.

During the podcast, Redick was asked by his co-host Tommy Alter why a player should trust New Orleans as an organization, and Redick went on to very candidly explain that they probably shouldn’t.

“I don’t think you’re going to get honesty from that front office, objectively speaking,” Redick said. “That’s not an opinion, I just don’t think you’re gonna get that. I don’t think what happened with me is necessarily an isolated incident. I think front offices around the league operate in their best interest. I get that. I understand that. Truthfully… I think I was a little naive thinking I was in year 15 and I attempted to do things right throughout my career. But in terms of this front office, yeah, it’s not something where I would expect certainly the agents who worked on this with me to ever trust that front office again.”

Interestingly enough, New Orleans team executive David Griffin told reporters a week before the Redick trade went down that the team did try to work a deal to get Redick closer to his family.

At the end of the day, it’s not an NBA team’s responsibility to trade a player to a franchise located near his family, which again, chooses to live in Brooklyn despite Redick never playing there in his career.

I think it’s fine for Redick to be upset, and it’s fine for New Orleans not to do everything in its power to move him to a team in the northeast. Maybe this was just a ploy by Redick to land on the superteam Nets.