J.J. Watt And Wife Kealia Donate $350,000 To Houston Food Bank To Supply 1 Million Meals To Those In Need 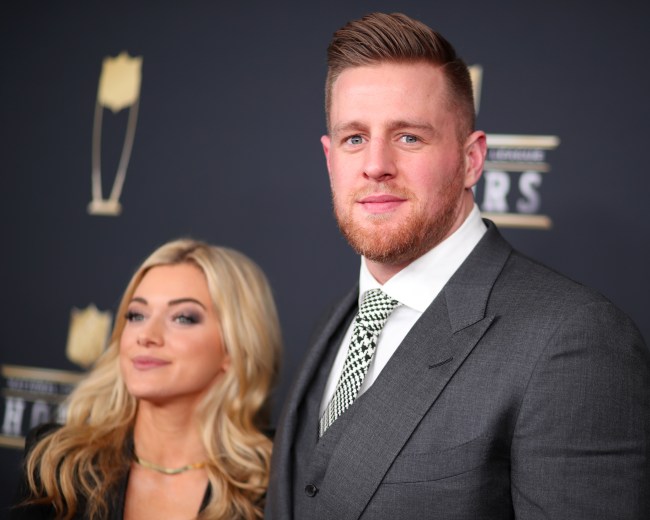 A part of me died Saturday as I drove down East Broadway in South Boston, seeing hundreds of dudes in the same Patagonia hat with a jean-jacketed, bedazzled iPhone Stephanie in tow, lining up down the block to get into bars with B inspection ratings.

I could have sworn I saw one of them spit in the face of a passing senior citizen.

But for every Tad and Stephanie, there is one J.J. Watt.

Watt, who in 2017 won the Walter Payton NFL Man of the Year award after raising upwards of $40 million for relief and recovery efforts for the Houston area after Hurricane Harvey (the largest crowd-sourced fundraiser in history), is back at it in the wake of a global pandemic.

J.J. Watt and his wife Kealia Ohai have donated $350,000 to the Houston Food Bank, providing more than one million meals amid the coronavirus outbreak, per @AdamSchefter. pic.twitter.com/B9ZhFwuX58

Watt joined Astros players Alex Bregman and Lance McCullers Jr., who also pledged their own money to help the Houston Food Bank. Astros star George Springer has also donated $100,000 to help Minute Maid Park employees, who will be out of work indefinitely.

Something on earth: *goes wrong*

As of Saturday, there have been at least 50 confirmed cases of COVID-19, with the largest numbers of cases have mostly been centered in the Houston area, in North Texas and at a federal quarantine site in San Antonio.

These are truly wild times.