A Mic’d Up J.J. Watt Was In Awe Of Chandler Jones’ 5-Sack Game Against Titans 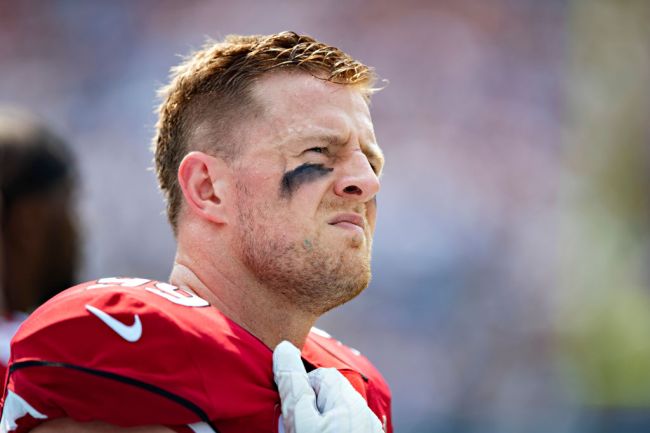 The Arizona Cardinals looked good, really good, during their Week 1 throttling of the Tennessee Titans in Nashville. Kyler Murray did his thing under center and looked like a legitimate MVP candidate, but the story of the game was Chandler Jones, his five sacks, and his straight-up bullying of Taylor Lewan.

It’s not easy to stand out on a defensive line that also includes J.J. Watt, but Jones was able to do that thanks to recording five sacks and forcing not one, but two fumbles.

The Cardinals released a video of Watt mic’d up during the win over the Titans and he couldn’t even wrap his head around what he was seeing from Jones.

All Watt could ask Jones was ‘are you serious?’

If you’re a Cardinals fan, you’ve got to love Jones’ response to Watt: “we’ve got the opportunity to do something great.”

Yes, yes you do Mr. Jones. If he keeps up this sort of pace throughout the season we could be talking about the Cardinals not only winning the NFC West but playing for a Super Bowl.