J.J. Watt Shares How His Wife Humbled Him After Thinking He Could Play Pro Soccer With A Year Of Training 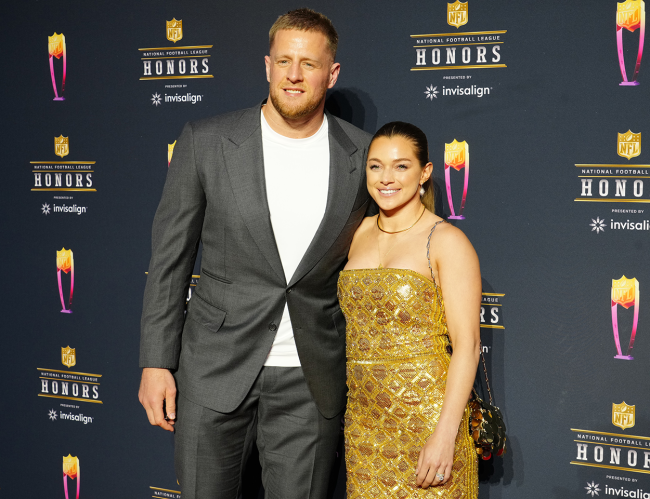 J.J. Watt is an absolute specimen. The 33-year-old defensive end looks the Hulk and has been a nightmare for opposing NFL quarterbacks over the last 12 years.

Although Watt has been one of the most dominant defenders in the NFL for more than a decade, his skills do not directly translate to soccer. He found that out the hard way.

Watt married his wife Kealia Ohai in February of 2020 and the couple recently announced that their first child is on the way. The former Mrs. Ohai, now Mrs. Watt, is a professional soccer player for the Red Stars of the NWSL.

Kealia played three years at North Carolina before being drafted by the Houston Dash and was eventually traded to Chicago. She has made appearances with the USWNT and is one of the most consistent players at her position.

Her husband, however, did not realize just how much skill that soccer takes. He was firmly of the belief that he could become a Premier League goalie with a year of training.

Watt quickly learned that was not true when his wife challenged him to stop one of his penalty kicks. He figured that he would at least get his face in the line of fire and make a stop, whether intentional or not.

He could not. Kealia made J.J. feel very ridiculous for every thinking he could become a pro soccer player in 365 days.

The full story behind J.J.’s rude awakening is better told in his own words. He recently shared them with the Men In Blazers podcast.

"Kealia Ohai Watt's husband" was in for a rude awakening when trying to stop a penalty. 😂

But we asked JJ Watt which Premier League player could play in the NFL (Spoiler: not Brad Friedel)