Joe Buck Claims Controversial Flyover Comment Was A Sarcastic Inside Joke, Did Not Mean To Mock The Military 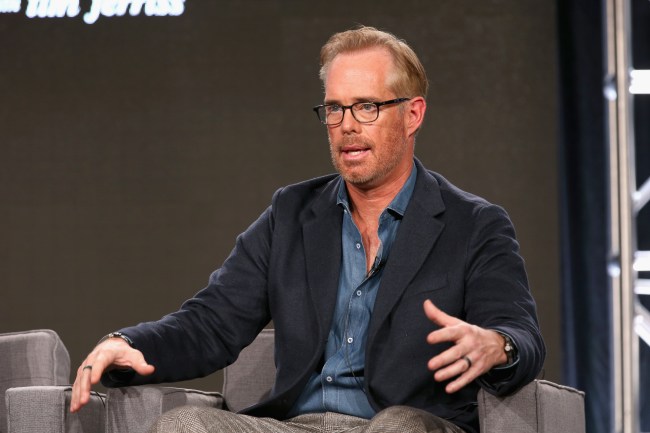 On Monday, In a video obtained by Defector media, Buck and his announcing partner Troy Aikman could be heard mocking the pregame military flyover before last weekend’s Bucs-Packers game.

Aikman released a statement on Tuesday night showing support for the military following the backlash from the video, and now Buck addressed the situation on his “Daddy Issues” podcast.

According to Buck, the duo was just repeating something said by someone on their production crew at a dinner the night before. Buck claims he and Aikman were mocking that person, who he described as “very far left” on the political spectrum, and not the military.

So I see this and Troy in the microphone is repeating something that he heard the night before from an unnamed person on our crew. This person happens to be very far left and said, ‘Well, under Biden-Harris, you know that’s not going to happen,’ and Troy was repeating that watching the flyover.

So they clipped that as if he’s saying that and as if he’s a Harris-Biden fan. But he’s repeating something that somebody said the night before, which is unbelievable.

If you know Troy at all, he was being 100 percent sarcastic. Repeating for the person in the truck to hear, like ‘Ha, ha, ha.’

And then I go into a 1950s voice, like, ‘There’s your hard-earned tax dollars at work,’ or whatever.

Again, repeating parts of conversations to our crew and they clipped that and then run a headline that Troy Aikman and Joe Buck bash flyovers, which it had nothing to do with any of that.

It was a political conversation amongst our group that somebody clipped and sold for the exact reason that we’re doing this. And it stirs people up. And words get weaponized. And then people have to weigh in. ‘Oh, well, screw those guys. They don’t like the military.’ WHAT?!”

Buck is annoyed that the entire thing was taken out of context because he’s always kept his political thoughts private.

But the idea that this piece was clipped and was totally misrepresentative of how we feel, because I’ve always kept that stuff private, but it was a private conversation and having it with our group and then it gets sold as if those were our words, which is fine. It’s kind of dead and buried now, but that’s what happened.

And the frustrating part is if that was a 10-second window into my soul, that would be unfortunate. But when it’s not actually representing what actually happened, that makes it doubly frustrating because people are getting something totally out of context.”

As for who leaked the video, Buck says it’s only a matter of time until Fox Sports finds that person.

That person will get found out because that specific shot of that flyover, which I personally thought was old and a tape that they were running out of our truck as furthering our conversation that we were having internally, I thought that was on tape, but it was actually live, but it wasn’t a Fox shot. They know whose shot that was and therefore they kind of know where our audio was going at that moment. It wasn’t going on TV. It was well before our game.