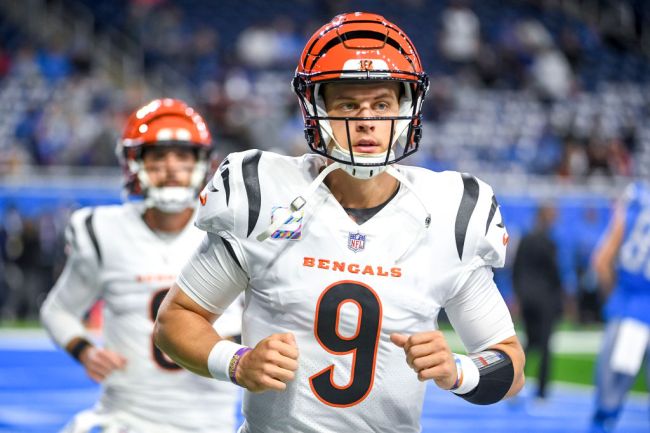 Joe Burrow and the Cincinnati Bengals went on the road to Baltimore and earned a massive win over the Ravens on Sunday to gain hold of the AFC North.

Many, including Burrow himself, were expecting a rowdy crowd in Baltimore for the big-time matchup on Sunday, and Ravens fans delivered. Over 70,000 fans were in attendance for the game, but Burrow wasn’t phased by what was likely the loudest fanbase he’s faced during his NFL career.

Why wasn’t he worked up over Ravens fans screaming at the top of their lungs? Because he’s a former SEC quarterback, that’s why.

After his team’s 41-17 win, Burrow gave his honest assessment when comparing NFL crowds to SEC crowds.

“We knew that they were gonna be jacked up for us to come in, and expecting to beat our a–. But we were ready for it. Playing in the SEC definitely, definitely helped. Gets way louder in the SEC than in any of these NFL stadiums,” Burrow told Peter King.

Burrow Has All The Confidence In The World

Burrow played at both Ohio State and LSU, both of which have home stadiums that sit over 102,000 fans. So yes, 70,000 fans don’t really get the nerves going quite like a night game at Tiger Stadium did during Burrow’s time as a Bayou Bengal.

Burrow is very clearly finding confidence both on and off the field amid the Bengals’ solid start to the season.

After last week’s win over the Detroit Lions, a very confident Burrow said that if the Bengals figured a few things out then the team would be “scary.” Well, it looks like Cincy figured those few things out as the Bengals have officially become a “scary” team in the NFL.