Joe Burrow Takes Shots At Every NFL Fan While Discussing Crowd Noise, And He’s Not Wrong 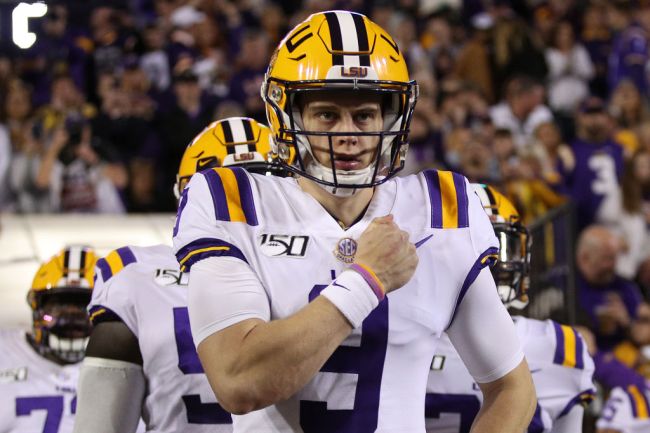 SEC football really just means more and Joe Burrow can attest to that fact. As the starting quarterback for the 5-2 Bengals, the former LSU quarterback is playing lights out during his second year in the league.

He has completed nearly 69% of his passes (nice) for almost 2,000 yards and 17 touchdowns through the first seven games and is absolutely balling out. His AFC North revenge tour continued on Sunday and Cincinnati put a 41-17 beatdown on Baltimore.

The game went to halftime at only 13-10, but Burrow and the Bengals out-scored the Ravens 28-7 in the second half. As a result, the fans at M&T Bank Stadium went completely silent as their team quickly fell behind and filed out of the game well before the clock hit zero.

When asked about what is supposed to be a raucous environment in Baltimore after the win, Burrow took shots at every single NFL fanbase in the country. He said that the crowd noise on the professional level is nothing like what he experienced in college.

“We knew that they were gonna be jacked up for us to come in, and expecting to beat our ass. But we were ready for it,” Burrow said. “Playing in the SEC definitely, definitely helped. Gets way louder in the SEC than in any of these NFL stadiums.”

Burrow has not yet played at Seattle or Buffalo, but he isn’t wrong.

M&T Bank Stadium holds just over 71,000 fans. That is smaller than seven of 14 teams in the SEC, including Tiger Stadium, where Burrow played home games after transferring to LSU.

And if you, an NFL fan, think that Burrow’s comments about crowd noise is incorrect, I encourage you to swing by Texas A&M’s Kyle Field or Tennessee’s Neyland Stadium. You will understand.