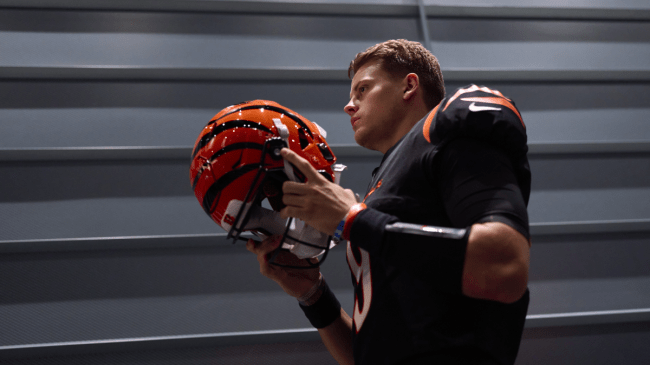 Joe Burrow and the Cincinnati Bengals have not gotten off to the start that they’d envisioned in 2022. Just one year removed from representing the AFC in the Super Bowl, Cincy has dropped each of its first two games to open the season.

Week 1 saw a loss to division rival Pittsburgh, where Burrow threw four picks and lost a fumble. Cincinnati went on to lose the rivalry matchup in overtime, 23-20.

The Bengals figured to get a break in Week 2 following an injury to Cowboys’ quarterback Dak Prescott, but reserve Cooper Rush came in and led Dallas to a 20-17 win in Jerry World.

Both defeats have seen the Bengals fall behind early, battle back late, then lose on the final play of the game. Much of the criticism revolves around the offensive line, which has already allowed Burrow to be sacked 13 times.

And as is always the case, the quarterback position shoulders some blame with Burrow having turned the ball over five times in two games.

But Joey B hasn’t heard what the media is saying about his team’s slow start. He’s deleted both Twitter and Instagram as he focuses on the season ahead.

Burrow took to the podium on Wednesday, and he dropped an interesting tidbit about his social media use.

“What’s great is that I don’t have Twitter or Instagram right now, so I’ve seen none of [the criticism]. We’re not focused with what’s going on there, I’m sure it’s not a very good reaction, but I think it’ll be a different reaction as we get going here.”

This is something he’s done he’s since his days in college, though it is worth noting that he posted a paid ad on Instagram just before last week’s loss.

This is just his way of blocking out the outside noise that comes with being an NFL star.

Burrow doesn’t seem worried about the slow start in the slightest. His focus in on the year ahead, and he’ll look to land Cincy its first win in Week 3 against the Jets.