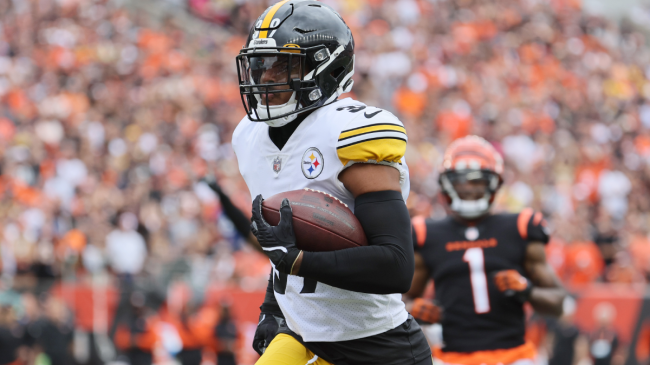 It’s not news that the Bengals and Steelers don’t like one another. The two AFC North opponents have seen some battles in an already heated rivalry over the years.

Cincinnati got the best of Pittsburgh in 2021, winning both meetings and making a run to the Super Bowl. That set expectations high for Joe Burrow and Co., who fell flat in a deflating opening day loss.

The Steelers got revenge in Week 1, leaving Paul Brown Stadium with a shocking overtime win. Burrow turned the ball over five times in that loss, but still had a chance to win it in the end.

The Bengals scored on the final play of regulation to tie the game, but the Steelers blocked a game-winning extra point attempt to send the matchup to overtime. They then won it on the final play of the game with kicker Chris Boswell booting a long field goal to seal Cincy’s fate.

With the game being so back and forth, and the tempers already flying high in a Week 1 divisional rivalry, things got chippy. One of the most aggravating players the Bengals had to deal with was Steelers’ safety Minkah Fitzpatrick. We’re beginning to see just what a menace he was as a photo from the game goes viral.

Minkah Fitzpatrick was a thorn in the side of the Cincinnati offense. The defensive back finished the game with a team-high 14 tackles, an interception which was returned for a score, and a blocked kick. He was awarded Defensive Player of the Week honors for his performance.

He seemed to be all over the field Sunday, and in the eyes of many Bengals fans, was playing dirty. Fitzpatrick effectively knocked receiver Tee Higgins out of the game with a concussion, which has led Chad Johnson to offer his services to Cincy. There were also multiple shoving matches with running back Joe Mixon.

Now, a photo of Ja’Marr Chase is going viral, and it pretty much sums up the feelings of Bengals Nation. Chase is seen giving Fitzpatrick two middle fingers as the duo trades trash talk.

It’s apparent that these teams do not like one another. It’s a shame we have to wait until Week 11 for round two.