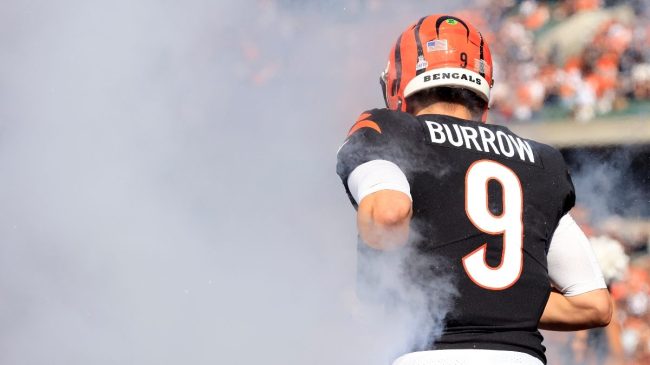 Joe Burrow had himself a game on Sunday leading the Cincinnati Bengals to a big win over the Atlanta Falcons. He put up a monster statline of 501 total yards and four total touchdowns. This isn’t the first time we’ve seen Burrow light up the field. With that in mind, it turns out the star quarterback made NFL history on Sunday.

Bengals’ QB Joe Burrow In A League Of His Own After Monster Performance Vs. Falcons

According to Caesars Sportsbook, Burrow became “the only player in NFL history with two games of 500+ total yards and four total touchdowns on his career.”  Nobody else in the entire league has ever done that more than once. For that reason, the Bengals’ star quarterback is in a league of his own.

After a slow start to the season, it appears Cincinnati is back in full swing. They’ve had two games in a row where they look elite once again. Joe Burrow’s potential is through the roof and it’s easy to see why there is so much hype around him.

What makes this record impressive is how young Burrow is. This is only the third year of his career and he’s already making NFL history. That is wildly impressive and it looks like the Bengals will be good as long as Joe Burrow is under center.

We’ll see if he can continue playing at a high level in Week 8 when the Bengals take on the Cleveland Browns. It’ll be a tough matchup, but another win should start giving Cincinnati the edge they need in the AFC North.