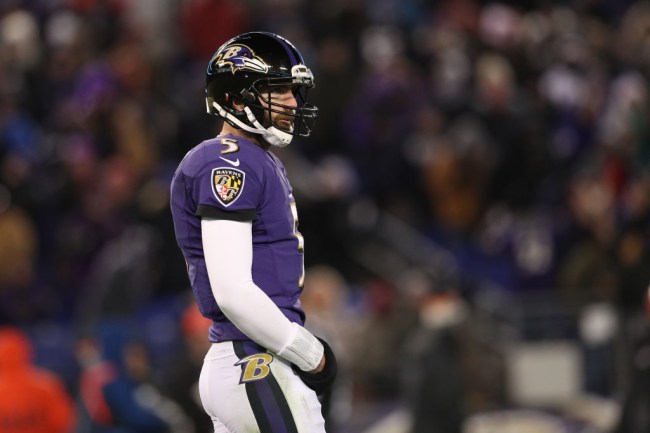 Ravens QB Joe Flacco isn’t going to allow himself to get stepped over. According to ESPN’s Jamison Hensley, several of Flacco’s teammates believe the longtime Ravens QB came to camp motivated because the team brought in some competition when they drafted Louisville’s Lamar Jackson

“He’s obviously been challenged,” safety Eric Weddle said. “Drafting Lamar [Jackson] and bringing [Robert] Griffin in, it’s lit a fire under him. You can tell. It has shown.”

The drafting of Jackson in the first round and the free-agent signing of Griffin has led to a more driven Flacco this offseason. He’s leaner and trimmer than he has ever been, although no one has ever accused Flacco of being out of shape. If he misses a throw — which has been rare this spring — you can hear Flacco angrily slapping his hands. And Flacco has been more engaged with his receivers before and after drills.

Ravens coach John Harbaugh doesn’t believe Flacco is acting any differently than in years past but it seems obvious that Joe is feeling the pressure to perform this season with Jackson waiting in the wings.