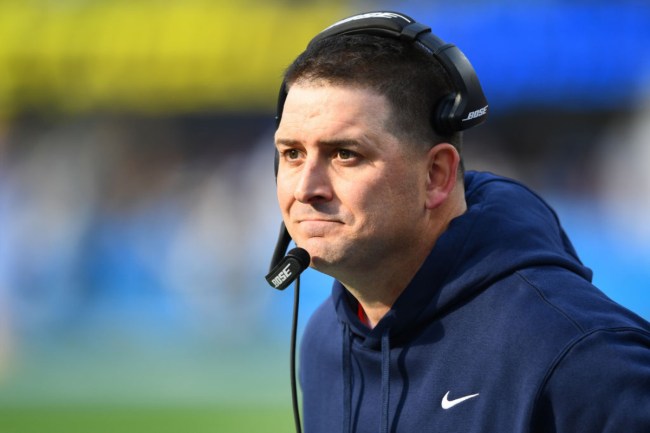 Joe Judge re-joined the New England Patriots coaching staff in February, and while the Patriots have kept actual coaching responsibilities under wraps, Judge has shared who he’s specifically working with heading into the season.

Speaking with the media on Monday morning, Judge didn’t reveal his actual job title but did explain that he’s working with quarterback Mac Jones.

“I am working with Mac, along with some other people; I work with all the skill group. I’d say all of us are working collectively as a coaching unit to work with the entire offense…in terms of who is coaching each position, you’ll see me with the quarterbacks…” Judge told reporters.

Judge doesn’t exactly have the greatest track record when working with quarterbacks. While he did win three Super Bowls on the Patriots’ staff earlier in his career, he was just a special teams coordinator and wide receivers coach.

When it comes to helping develop quarterbacks, he didn’t exactly do a whole lot for Daniel Jones’ game during his two-year stint as the head coach of the New York Giants. It’s also worth remembering Judge’s Giants ran a QB sneak on 3rd-and-9 from their own four-yard line in January.

The news of Judge working closely with Jones heading into the season isn’t a surprise, that news was reported shortly after he was hired, but now with reality set in, NFL fans are reacting to the news accordingly.