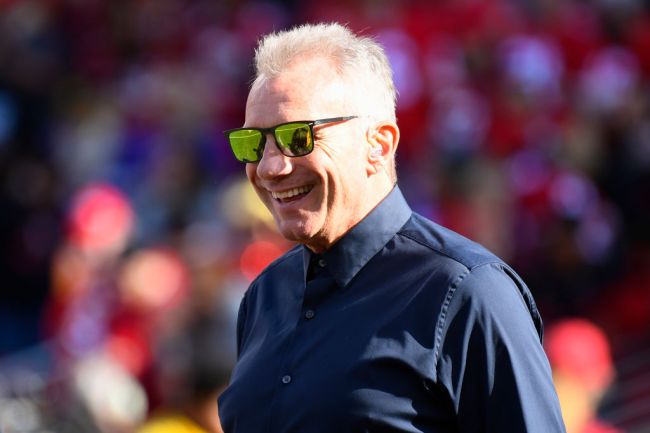 The San Francisco 49ers sent a clear message when they traded up in the 2021 NFL Draft to select Trey Lance third overall. That message was that Lance would be the future of the organization.

Now that Lance has gotten his feet wet in the NFL appearing in four games, legendary quarterback Joe Montana has decided to offer up his thoughts about San Francisco’s decision to draft Lance.

Lance himself won’t like what Montana had to say.

Montana shared his thoughts about the situation during an appearance on ESPN’s ‘College Football Live‘ admitting that he would have rather seen the 49ers draft Mac Jones instead of Lance.

“If I were the 49ers, I would have taken the kid from Alabama last year,” Montana said. “Nothing against the guy that they took, it’s just a more pro-style offense, more used to being in tough situations.”

Seeing as how Montana is the best quarterback to ever play for the 49ers, his opinion does matter, especially among a certain generation of fans. Nevertheless, what’s done is done, Lance is a 49er while Mac Jones is looking good during his rookie campaign in New England.

What’s interesting here is that another 49er great, Steve Young, liked the Lance draft pick and thinks his future is bright in San Francisco.

NFL fans reacted to Montana’s take while pointing a few things out.

Joe Montana and Steve Young have had a lot to say about the #49ers drafting Trey Lance…Of course, they have the opposite perspective. https://t.co/B12JrBXHDG

Joe Montana saying he would have rather gone with Mac Jones over Trey Lance doesn’t bother me. Joe is going with what he knows. Just like Steve Young likes Trey Lance, who reminds him of himself.

I hope we made the right pick, but there’s no way to know this soon. #FTTB

Lance has gone 25-of-48 through the air while appearing in four games for San Francisco this year to go along with one interception and four total touchdowns.