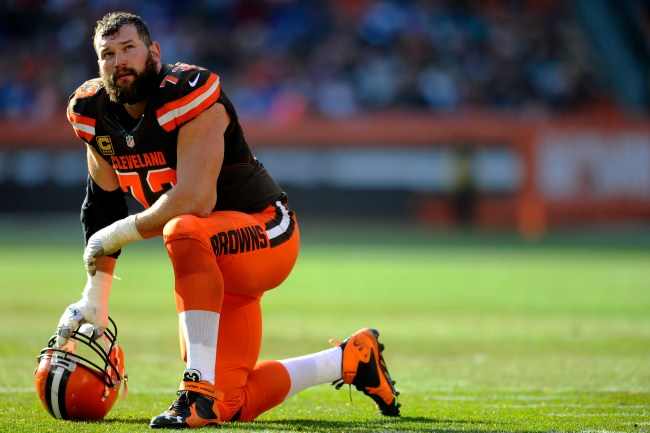 Since entering the league in 2007, Browns offensive tackle Joe Thomas has done a lot of losing. Despite a 10-win rookie season, his lowly Browns have yet to win more than 7 games in a decade since and have become a punchline across the NFL. The shittiness of Thomas’s franchise overshadows his dominance at the position–he has been selected to the Pro Bowl every season since entering the NFL (10 times), and seven times named first-team All-Pro.

The 32-year-old University of Wisconsin grad has played more than 10,000 snaps with the Browns and played with a higher number of quarterbacks than fans that attended the Rams game last Sunday.

Thomas impressively named all 19 of the quarterbacks who have started for the Browns over the last decade, which is no small task, given the forget-ability of most of them. However, as he revealed on the Dan Patrick Show, Thomas did say that he did not  know who Josh Johnson was when he came in to replace Thad Lewis (who?) in a Week 17 matchup from the 2012 season. The Browns lost 24-10 to the Steelers, and Johnson came in for one play. He fumbled. He begins the story around the 3-minute mark.

As Dan Patrick points out, when Thomas is inducted into the Hall of Fame, there is a very big possibility that he’ll go in with the least number of wins ever.