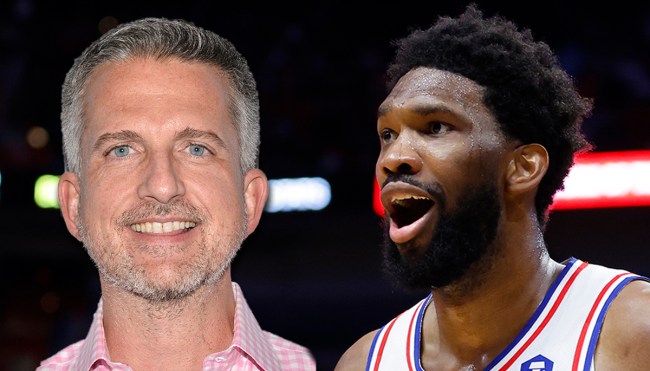 There was once a time when Bill Simmons was considered one of the most refreshingly entertaining figures in the sports media world, as he was one of the first people in that realm to use the internet to his advantage and managed to attract a legion of loyal readers by regularly pumping out amusing and informative sports takes peppered with pop culture references.

However, it’s safe to say things have changed quite a bit since the days when Page 2 was considered appointment reading. Over the years, Simmons’ reputation as a relatable everyman has slowly but surely become one of an insufferable blowhard—albeit one who still wields a fair share of influence, which includes a spot on the panel of media members who are tasked with handing out the NBA’s seasonal awards.

In April, Simmons found himself at the center of a miniature firestorm courtesy of what he had to say about Jalen Green—specifically “F—ck Jalen Green”—while discussing the players he believed were worthy of being named to this year’s All-Rookie Team (he’s undoubtedly not the only voter who’s allowed some personal grudge or bias influence their ballot, but he made the fatal mistake of saying the quiet part out loud).

The blowback had less to do with the incendiary nature of the comment but rather the implications it had.

Simmons wields a fair amount of power thanks to his ability to vote on certain awards (and possibly influence others with his opinions) that can theoretically have a major impact on how much money players make; thanks to the way the league is structured, guys can essentially “unlock” certain contract tiers by being named to the All-NBA Team or winning MVP or Defensive Player of the Year.

On Tuesday night, Joel Embiid became the latest person to target Simmons while discussing the MVP award we recently learned Nikola Jokic has (at least as of now unofficially) secured for the second straight year.

"If you're going to allow these type of people to vote on these awards, that's not fair."

“The only thing I’ll say about these awards… I go back to what I heard on a podcast. Bill Simmons basically saying, it sounded like he had a grudge against somebody, saying ‘F Jalen Green.’ If you’re going to allow these types of people to vote on these awards, that’s not fair.

What if Jalen Green was in a position to earn a supermax, or I don’t know, an All-Star appearance? You’ve got someone sounding like that and has a lot of power. He can sway a lot of other media members and you’ve got someone saying that type of stuff.