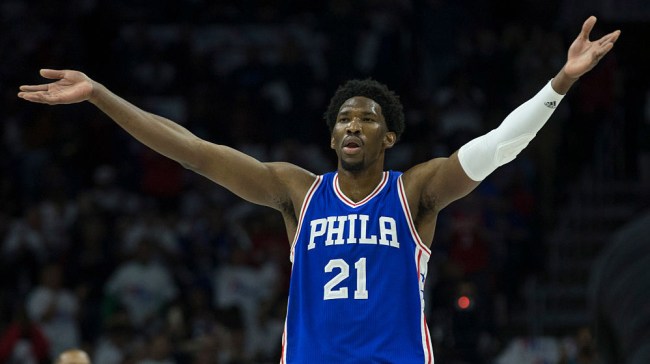 Joel Embiid, the reigning king of social media in the NBA, knows what it’s like to be drafted by the moribund Philadelphia 76ers.

And anyone who watched the NBA Draft back in 2014 knows that he appeared less than thrilled at having it happen to him.

So this tweet Embiid dropped about repping the Sixers at the Draft Lottery was absolutely priceless.

Excited to represent Philly at the Lottery and also excited to see which young fella is gonna have this draft reaction when they get drafted pic.twitter.com/ljVqX2WhJw

Hilarious, right? Well, not everyone was ready to “Trust The Process”…

@JoelEmbiid You'll never represent the sixers in the playoffs

Not everyone was a hater though…

@JoelEmbiid You didn't trust the process at that moment