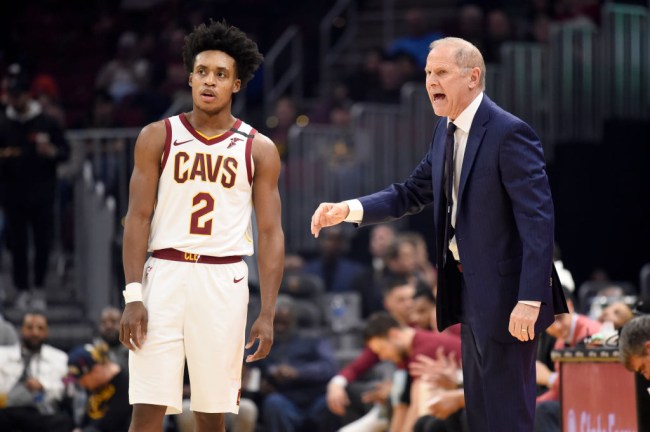 After just 54 games at the helm, John Beilein officially stepped down as the Cavaliers head coach on Wednesday. The 67-year-old left Michigan after 12 seasons to test the waters in the NBA, but it was mostly a struggle throughout his short NBA tenure.

Since he was hired in May of 2019, it never felt like a great fit or a long-term hire for Cleveland and after reports of him screaming at players (something NBA guys don’t like too much) and the whole slugs and thugs incident, it was clear that his coaching style simply wasn’t going to translate to a young, struggling Cavs team.

The fact that Cleveland is 14-40 this season certainly didn’t help things, but it still comes back to Beilein’s coaching style and how the NBA simply didn’t suit him, as evident in this particular story from ESPN’s Jackie MacMullan.

MacMullan joined The Hoop Collective podcast and said that Beilein tried to schedule a practice on Christmas day. Sure, some NBA teams play on Christmas day, but having your team come into the gym on an off day and a holiday is a bizarre move.

“That’s a lack of understanding of how the NBA works,” MacMullan said. “It just is the length of the season, the importance of getting your players’ heads in the right space. They weren’t playing on Christmas day and he was considering practicing on Christmas day. Of course, that didn’t happen, because someone squashed that.”

Beilein signed a five-year contract with Cleveland when he was initially hired that paid him over $4 million per season.