With John Beilein Resigning, The Now Former Cavs HC Is Losing Out On Millions Of Guaranteed Cash 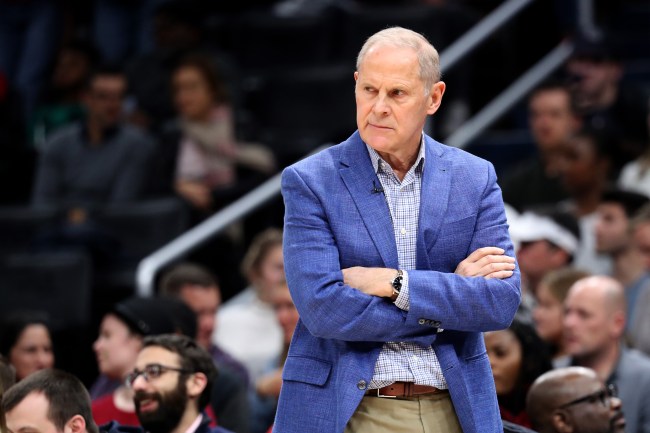 John Beilein stood zero chance with the Cleveland Cavaliers. After taking over the head coaching gig last NBA offseason, the former Michigan Wolverines head coach lasted just 54 games in the Association, with his first and only attempt at coaching pro players abruptly ending with his resignation following the league’s All-Star break. It’s yet another embarrassment for the Cavs, who currently have the worst record in the Eastern Conference and are now further away from completing this long rebuilding plan.

So why did Beilein’s tenure with the team go so poorly? It’s for the same reasons he was such a successful college coach: Because of his style and communication.

While at Michigan, among other stops, John Beilein built a reputation on communicating to his players, coaching them on fundamentals to overachieve. That strategy helped the head coach win at West Virginia and Michigan, with the latter producing two Final Four trips under his guidance. In the NBA, though? Unfortunately, that method doesn’t exactly work, as millionaire players often block out simple teaching moments from head coaches. Such was the case for Beilein with the Cavs, as losses piled up and the roster tuned him out.

It didn’t help that John Beilein had a major slip of the tongue not too long ago, when, in a film session with his team, he used the word “thugs” instead of “slugs” while describing his team’s effort on defense. It caused a stir around the league, and, per reports, even led to Cavs players mocking the head coach by playing music with the term “thugs” in it — which isn’t the best way to show support or build chemistry.

Now that Beilein resigned on his own after realizing he had all but lost his team, he’s finally out of his misery. But that doesn’t mean it was the right decision for his bank account — because dude is leaving millions of dollars on the table by leaving on his own accord, rather than forcing the Cavs to fire him.

According to a piece from The Athletic, the 67-year-old head coach is leaving a whopping $12 million in guaranteed money that would’ve been owed to him had he been canned, rather than by simply resigning.

Now just 54 games into his tenure, Beilein has his answer. He and the Cavaliers are parting ways and he is walking away from the franchise nine months after taking the job. The entire experience has been such a disaster that league sources told The Athletic that Beilein is walking away from the more than $12 million guaranteed on his four-year contract just to get out. J.B. Bickerstaff gets the task of replacing him and trying to put this back together for the final 28 games — and beyond.

At press time, the Cavs are 14-40 and headed to the NBA Lottery (again). They’ve got a random bunch of players on the roster that (probably) don’t complement one another in the modern NBA, and have a ton of overpaid guys who don’t perform at the level of what their salaries merit. Not long ago, this same team went to four-straight NBA Finals’ and won a title in 2016, so, yeah, that seems like forever ago given the dysfunction that’s occurred since then.