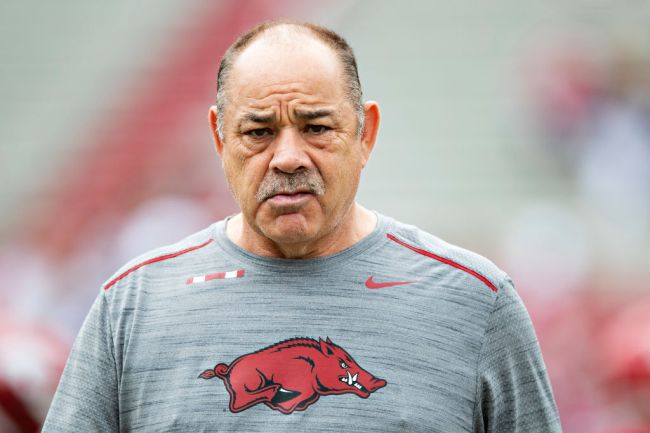 Anyone that’s watched and kept up with SEC football over the past 40 years knowns the name John Chavis. SEC fans have seen him roaming the sidelines as a defensive coordinator for a handful of teams over the years, but they won’t be seeing him this season.

After coaching defenses in the SEC every season since 1989, Chavis was let go by Arkansas following last season. He’s gotten back into coaching, but not at the college level nor the high school level. Instead, he’s volunteering as a middle school assistant coach at Knoxville West in Tennessee.

Chavis was looking to get back into coaching at the college level, but with the coronavirus making such an impact it made things difficult. He talked with Chris Low of ESPN about life these days and simply put, Chavis just loves coaching the game of football.

“If it’s over, it’s over,” Chavis, said. “But before I say it’s over, I want to see what else is out there, college or NFL. I’ve got some people who have talked to me and are talking to me, and I’d even take a high school job. I love doing this. I’m going to coach as long as I’m healthy and the good Lord wants me to do this. I’ve still got that passion.

Chavis is a bit of a legend in Knoxville and West middle school surely welcomed him with open arms. He was the Vols’ defensive coordinator when they won the national championship in 1998. He spent almost 20 years on Tennessee’s staff before making stops at LSU, Texas A&M, and Auburn.