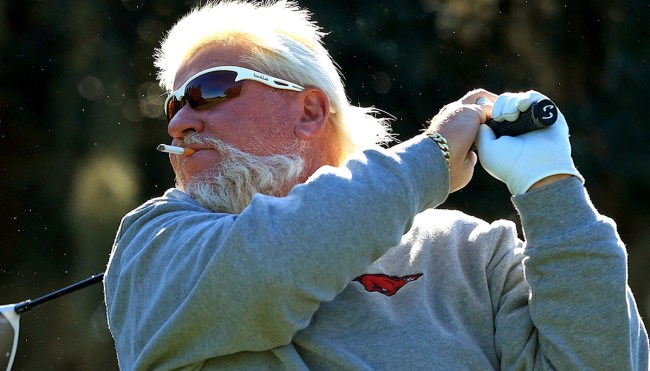 Anyone who’s woken up to a crippling headache and an email from Amazon concerning an order you don’t remember placing knows about the potential perils of shopping online while drunk. However, those purchases have nothing on the trouble you can find yourself in by hopping on DoorDash or GrubHub after throwing a few back.

Are food delivery apps an absolute godsend for anyone who’s gotten a case of the munchies while being in no state to get behind the wheel of a car (or even make the walk to the closest convenience store)? Sure, but they also make it far too easy to tell yourself you’re making a good decision by dropping $50 to have McDonald’s delivered directly to your door.

If you’re familiar with the less-than-advisable dietary habits of legendary party animal John Daly, you probably won’t be shocked to hear he’s the kind of guy who doesn’t think twice about hopping on UberEats to get some fast food delivered after a long night filled with Bud Heavy and Marb Reds.

However, my jaw legitimately dropped when I saw a receipt the golfer posted on Instagram alongside a warning that reads “DON’T DRINK AND ORDER TACO BELL ON UBER EATS” after somehow managing to spend $446.10 on an order he placed in Miami. 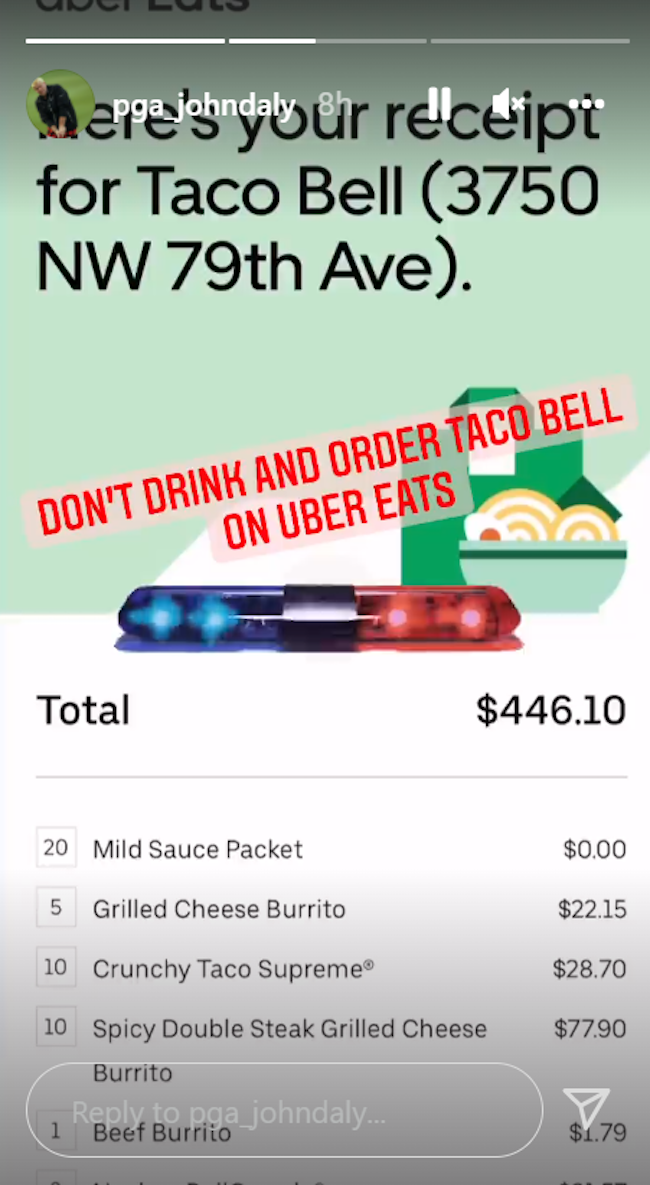 It’s not entirely clear how Daly managed to rack up such a staggering tab, as the variety of burritos and the 10 Crunchy Taco Supremes you can see in the screencap “only” add up to around $130.

I’m sure plenty of people will scramble to make the obligatory “The rest is probably just fees” joke, but I’m honestly impressed that anyone could run up a tab like this at Taco Bell.