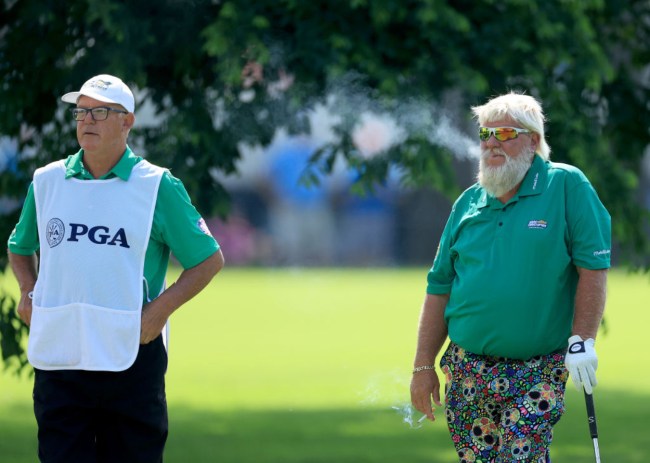 John Daly was in the very first group to tee off in the PGA Championship on Thursday, which left the legendary golfer a full evening to explore Tulsa.

Daly isn’t exactly the type of guy to do a whole lot of exploring though, he sticks to what he knows, and no one knows Hooters or a casino quite like Daly does.

Lucky for Daly, Tulsa is home to both.

Daly made a quick trip to Hooters to grab some “wings on the fly.”

He had to get the wings on the go seeing as how the slot machines weren’t going to play themselves at the local casino.

John Daly yesterday at the casino following a +2 round😂😂 pic.twitter.com/9oqTQOomvq

TMZ Sports was able to catch up with Daly and ask him how his night at the casino was, but unfortunately “the slots weren’t hitting.”

The 56-year-old got off to a hot start at the PGA Championship on Thursday as he was 2-under thru his first five holes. He ultimately finished the day at 2-over, which turned out to be a very respectable score on Thursday.

Daly will be looking for another good day out at Southern Hills in hopes of making the cut and playing the weekend.