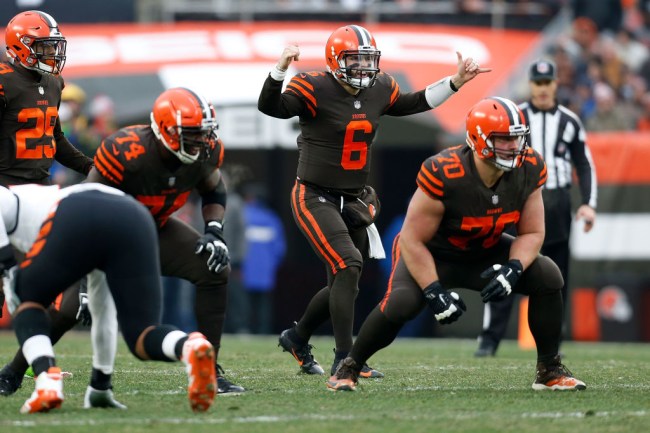 Following a record-setting year from QB Baker Mayfield and the acquisition of Odell Beckham Jr., the Cleveland Browns were given the fourth-best odds to win Super Bowl LIV. The line currently sits at +1200, which, at least for the Browns, is a damn good place to start.

Since Odell signed with Cleveland in March, he has been instrumental in promoting the upcoming season. In interviews, the Pro Bowler looks forward to “turning [the Browns] into the new Patriots and his social media is littered with hype videos and messages designed to get fans amped up for the year.

Baker Mayfield is no less excited and the young quarterback cannot get back on the gridiron soon enough.

HOW’S EVERYBODY DOING ON THIS FINE MONDAY?! I’m doing great besides the fact that football season needs to hurry up. #BelieveLand

It makes sense, then, that fans are equally excited. For years, the Browns franchise was synonymous with mediocracy, defeat, and failure. This is the first season in decades that the team’s loyal supporters are in (at least somewhat theoretical) contention for a Super Bowl run.

Unfortunately, GM John Dorsey has an important message to these expectant fans: don’t get your hopes up.

According to The Athletic‘s Zac Jackson, Dorsey told fans “don’t believe the hype.” Whether the prosaic manager really doesn’t believe the hype or just wants to temper expectations, he drove his point home saying, “It is hype. That is [all] it is.”