John Harbaugh Comes To The Defense Of Lamar Jackson, Points Out Other Superstar QB’s That Struggled In Playoffs Early On 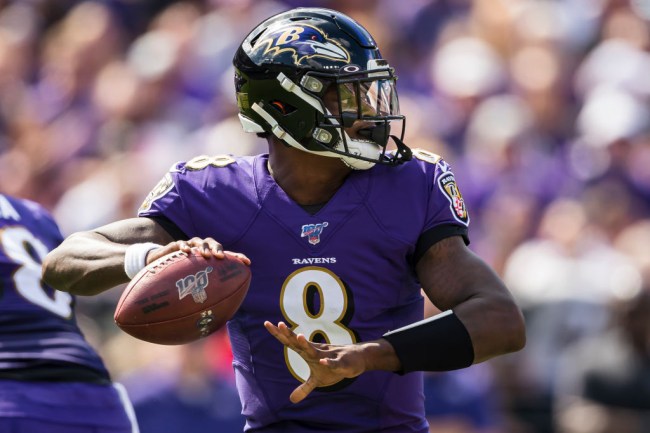 Fact: Lamar Jackson is 0-2 in playoff games. Also a fact: he’s about to be named NFL MVP in his second season in the league and just turned 23-years-old 10 days ago.

Sure, the fact that he’s winless in playoff games may have Baltimore fans a bit upset, but the man’s future is incredibly bright and that winless streak in the playoffs will end. It’s all part of the process, and head coach John Harbaugh was quick to reflect on that when he came to the defense of his quarterback.

“He’s 23 years old. He’s younger than Joe Burrow, OK?” Harbaugh said at his end-of-season news conference according to ESPN. “So he’s got a pretty good head start right now. I mean, he’s along the way. The Manning brothers combined to … they had five losses in their first five playoff games before they won one. [Joe] Montana, [Steve] Young and [Brett] Favre didn’t start a playoff game until their third season. [Drew] Brees and [Troy] Aikman until their fourth season, and [Aaron] Rodgers until his fifth season. Interesting.”

On one hand, it’s a bit strange that Harbaugh could just reel off all of those elite player’s playoff records at the start of their career, but then again this is John Harbaugh we’re talking about who is the ultimate football guy.

It’s a bit wild seeing Joe Burrow’s name in the same paragraph as all of those legends, but after the season he just put together at LSU, Harbaugh clearly thinks pretty highly of him.

Harbaugh talking about the Mannings and Montanas of the game isn’t a bad route to take while defending his quarterback’s playoff woes. Those guys ended up having pretty solid careers, to say the least, and Jackson has shown he’s well on his way to be in the discussion with those caliber players.