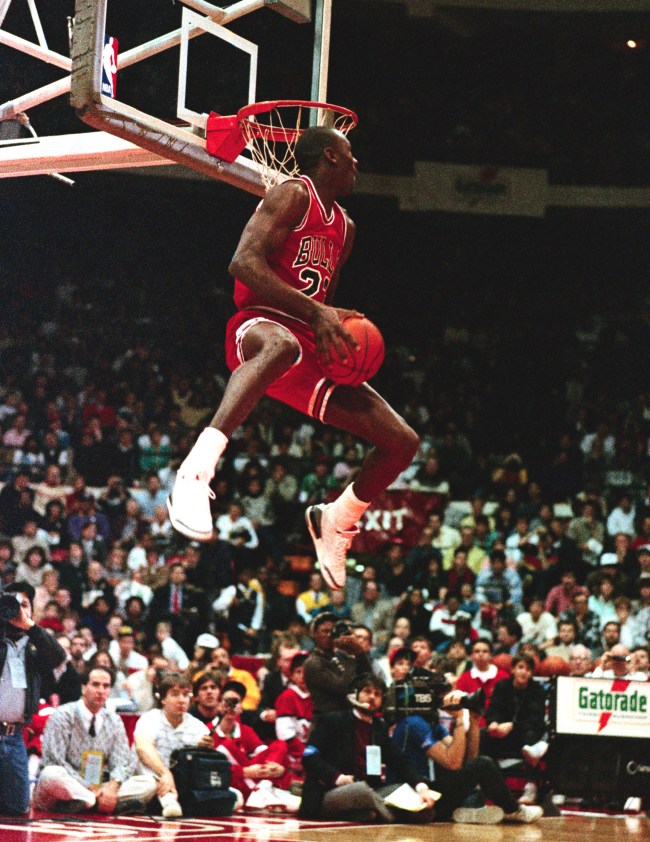 As long as there are NBA fans there will be a debate about who the greatest basketball player of all time is (hint: it’s Michael Jordan).

Another favorite pastime of NBA fans is trying to figure out how players from one era would have fared playing in today’s NBA.

For instance, would Wilt Chamberlain have been able to average 50.4 points per game over 80 games like he did for the Philadelphia Warriors back in the 1961-62 season? Or, for that matter, average 27.2 rebounds per game like he did during the 1960-61 season?

Probably not, but who knows? Wilt was a beast.

With The Last Dance on the top of everyone’s mind these days, NBA fans attention has now turned to Michael Jordan and those same questions.

Would Jordan still have been able to average 37.1 points per game like he did in the 1986-87 season? MJ won 10 scoring titles and the lowest he ever averaged over a season not shortened by injury or retirement, not counting his two years with Washington after sitting out three seasons, was 28.2 points per game.

Speaking of Washington and the Wizards, their star point guard John Wall recently weighed in on that very debate in an interview with 247 Sports that will be released on Tuesday.

“Imagine someone averaging 37 when you can get beat up, no three seconds, hand-checks, all that? I mean, now if you hit somebody like that you’re suspended 10 games,” said Wall. “So you’re telling me a guy got through all that, what would he do in this era?

“Man, Jordan’s averaging 45 and whatever else he want,” Wall continued. “You can’t touch nobody. You can’t hand-check. No hand-check, you playing f***ing 6’6 guys at center. The league is totally different. Like, I’m not knocking it, but if you can’t score right now and get a bucket one-on-one, you don’t belong in basketball. That’s what a lot of people pride themselves off of, just go get a one-on-one bucket now.”

What's Michael Jordan's legacy? Let @JohnWall spell it out for you #TheLastDance

Does anyone really doubt him?