Johnny Manziel’s Ex-Wife Bre Tiesi Takes A Parting Shot, Puts Him On Blast For Sliding In Other Girls’ DMs While They Were Married 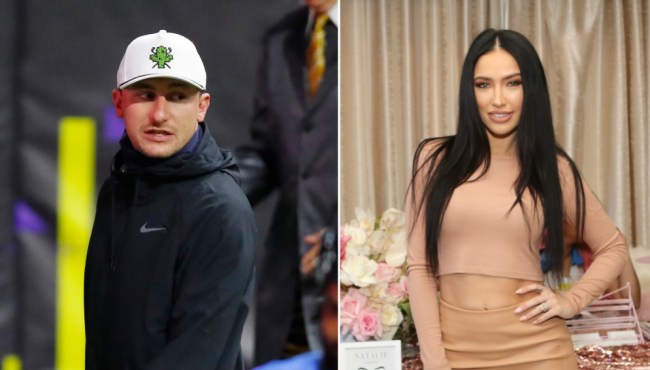 According to The Blast, Tiesi and Manziel submitted their settlement papers to court and are awaiting approval to finalize their divorce.

Former NFL quarterback and Heisman Trophy winner, Johnny Manziel, will be back on the market as soon as a California judge signs off on his divorce settlement.

In new legal documents, obtained by The Blast, Manziel’s ex, Bre Tiesi, submitted a judgment package on April 1st, detailing the ex-couples divorce settlement. At this point, it is unclear whether or not Bre will receive spousal support or what properties will need to be divided. Johnny and Bre do not have any children together, and they had a short-term marriage, so the settlement should be fairly straightforward.

Amid the divorce settlement news, Tiesi took to Instagram to take a shot at Manziel for “disrespecting” her by sliding in girl’s DMs while they were together.

Manziel and Tiesi began dating in 2016, were engaged in 2017, got married a year later but then separated in March 2019 when she accused Manziel of breaking his vows.

Manziel apologized to Tiesi last year for their failed marriage.