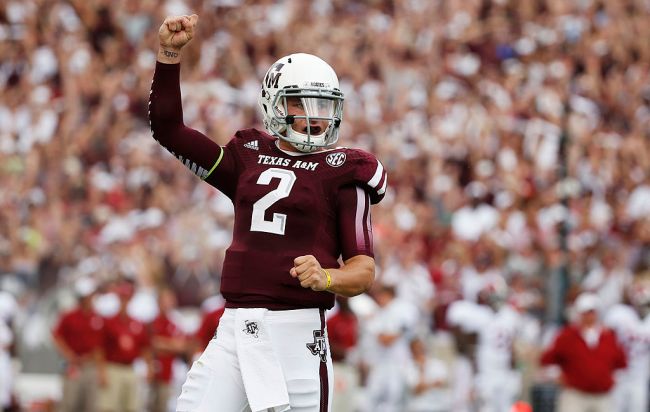 Johnny Manziel would have made an absurd amount of money if college athletes were able to be paid on their name, image, and likeness back when he was on top of the college football world. Now with the NIL policy in full effect, the former Heisman Trophy winner has some tips for athletes looking to make money during their time in college.

July 1 marked the first day college athletes could (legally) be compensated on their name, image, and likeness and Manziel wasted no time to share some suggestions about making money for anyone interested.

He specifically suggested athletes create a Shopify account and stay on top of social media personally while also avoiding any sort of excess merchandise.

With the amount of volume you’ll be doing you will not need to go order a ton of merch before hand. Put up for sale and print as each order is placed so you are not left with excess merchandise. Learned that lesson the hard way.

Miami quarterback D’Eriq King was already ahead of the game in the merchandise business as he launched his own site with plenty of products for sale on July 1.

Speaking of Manziel merchandise, by the way, I 100% owned some bootleg t-shirt with Manziel doing his money celebration during college. Someone out there was hustling making money off of Manziel’s image and likeness, but there’s probably a good chance Johnny Football got a slice of that pie as well.

Earlier this year, Manziel admitted that he accepted over $30,000 for autographs during the 2013 season. While that’s a great amount of money, it would be chump change compared to what he could have made if he was actually able to be compensated aboveboard off of his name, image, and likeness.

Merchandise is the obvious first step in this NIL game for already well-known college athletes, but it’ll be interesting to see what other avenues they explore as well.