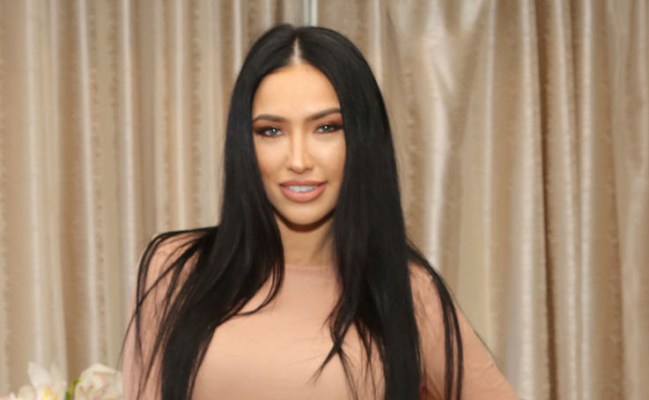 After managing to avoid stupid things for an impressive period of time, Johnny Manziel apparently went back to his old ways at some point last month and was consequently released by the Montreal Alouettes before being banned from the CFL altogether.

However, he’s not the only Manziel who has had a tough week.

According to For The Win, she took part in the Run Like a Diva half-marathon last month in Temecula, California, where she finished with a pretty respectable time of 1:58:22 (the average pace for women is around 2:19, which amounts to a 10-minute mile).

It was a particularly impressive finish when you consider Tiesi-Manziel claims she didn’t formally train for the race. However, the model has found herself in the middle of some controversy due to the fact that she appears to have smashed the world record for the fastest mile ever recorded by a woman… for almost seven consecutive miles. 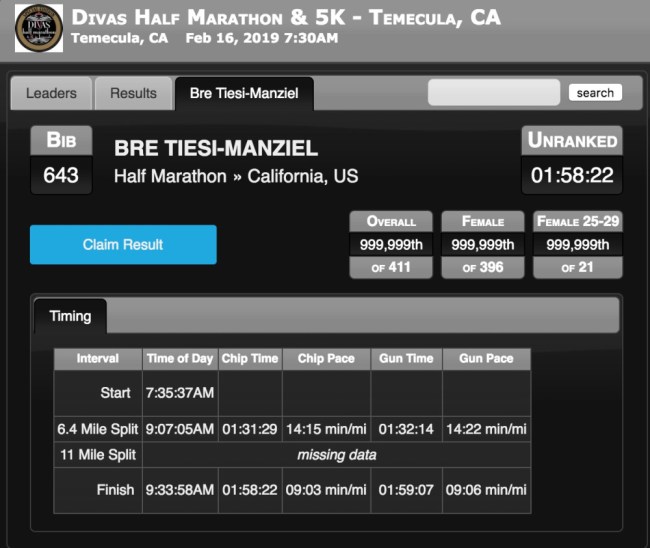 According to the race data, Tiesi-Manziel began the half-marathon with an average time of 14 minutes-per-mile over the first half. However, she managed to finish the remainder of the race in 27 minutes, which means she allegedly traveled at a physically impossible four minute-per-mile pace.

As Deadspin notes, there’s a shortcut the runner could have taken to cut down on her time, but in a now-deleted Instagram story, she claims her final time is legitimate:

Tiesi-Manziel addressed LetsRun’s report on Twitter and Instagram with a lengthy post. She castigated her “sad and pathetic” accusers for questioning her time, and clarified that though she didn’t train specifically for the half marathon, “I am a full time athlete I train all year every year … anyone who knows me knows I hate cardio.”

Over and over again, she brings up the fact that her run supported a charity and that she was more concerned with cheering people on than “trying to get some amazing time.” The only time she addresses the specific inconsistencies with her splits, she claims that nobody was “[ever] waiting at each station to check u in for each marker so this ‘unaccounted’ time is a joke.”