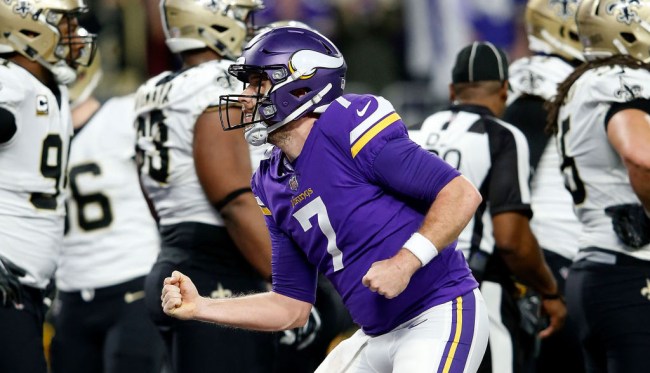 Dang, no wonder the Oakland Raiders drained the bank vault to bring Jon Gruden back as their head coach. Dude knew Case Keenum was going to do great things way back in 2012.

Appearing on his awesome “Gruden’s QB Camp” series, Case Keenum spoke with the coach to talk about his college career and the upcoming 2012 NFL Draft.

“Does the draft really matter? I’ll bet you a coke. I’ll be you an FFCA visor that you can’t name the top three picks in the draft two years ago,” Gruden asked Keenum. Keenum couldn’t.

For Keenum’s sake, he would have to hope Gruden was right because he ended up signing with the Texans as an undrafted free agent.

Yep, and all it took was this…

Bridgewater gets hurt. Vikings get Bradford, which causes Eagles to start Wentz. Wentz gets hurt and Eagles start Foles.

Foles was traded for Bradford. Keenum replaced Foles when he was injured on the Rams.

Keenum vs Foles in NFC Championship this year.#EaglesVsVikings#NFL 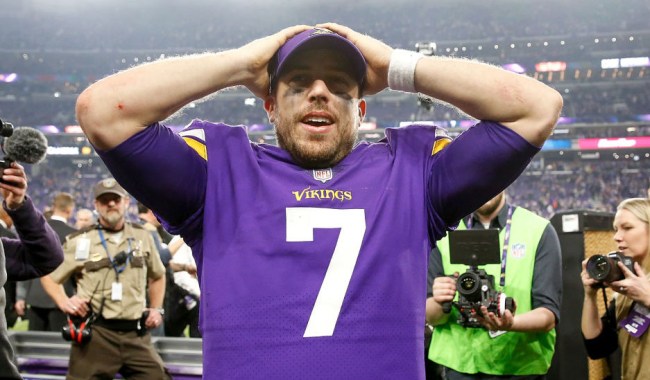 Check out Gruden’s entire conversation with Keenum back in 2012 below.