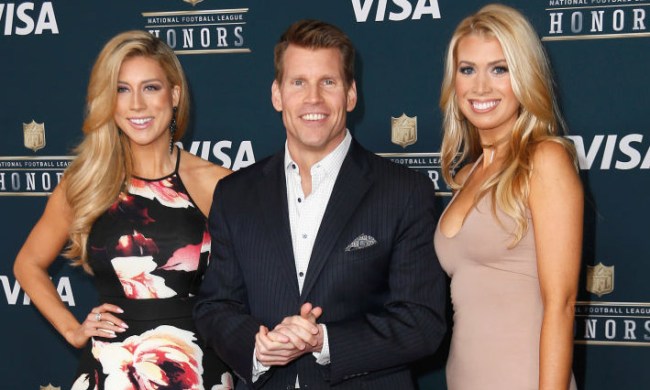 From my experience, football fans fall into two camps when it comes to NFL RedZone host Scott Hanson. They either love him and think he does a great job hosting every Sunday during the NFL season. Or they can’t stand him. I, personally, fall in the former camp if for no other reason than the fact that Hansen might literally have the best job on the entire planet and every NFL Sunday I live vicariously through him.

All that being said, like him or not, Hansen’s reaction to the Minnesota Vikings’ miracle finish against the Saints in the Divisional Playoff is not only the best reaction I’ve seen to Stefon Diggs’ amazing catch and run to the house for the unlikely W (not involving the destruction of property), it might be the most epic reaction to any sports finish I have ever seen.

Bro… you okay? Has anyone checked in on Hanson since the game ended?

I wonder why he was so fired up? Does he just love football THAT MUCH or does he have a rooting interest in the Vikings that he conceals every NFL season while hosting RedZone?

Hanson was born and raised in Rochester, Michigan so there are no direct Vikings ties based on geography. Still, I think he’s a Vikings fan.

Ah, okay, good, Hanson was feeling well enough to react to his reaction.

Here are a few more epic reactions to the “Minneapolis Miracle.”

Vikings defensive end Everson Griffin was all of us.

This Vikings fan watching the finish on his phone at the Rutgers-Ohio State game was also all of us.

Fans at the Minnesota Wild game completely lost it.

So did fans at the T-Wolves game.