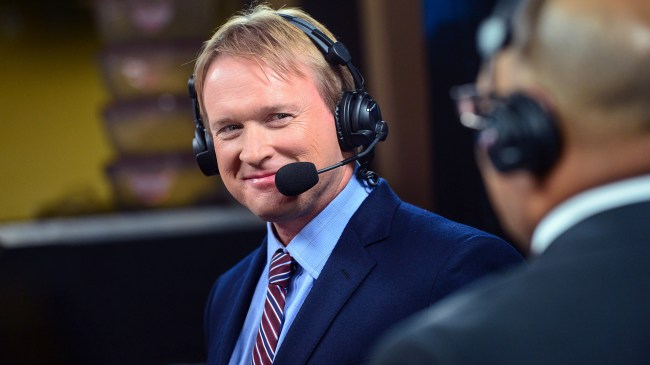 Jon Gruden becoming the next head coach of the Las Oakland Raiders Of Vegas is officially the worst kept secret in sports. The current ESPN analyst confirmed he’s a “candidate” on the same day his current employer was breaking the news he might even be getting a stake in the franchise.

Gruden will coach the silver and black, an announcement will be made sooner rather than later, but the Super Bowl-winner is gonna go out there and pretend the Raiders are “still interviewing” candidates for the position.

Speaking on Golic and Wingo this morning, Gruden had this to say about the Raiders’ job.

“Well, that’s up to Mark Davis. I have had conversations with Mark, and they’re still – I believe – going through the interview process. When he knows, I think we’ll all know.

When asked if he’d take the job, or remain the head coach of Hooters, Gruden answered…

“I think there’s a good chance. I’m excited about where I am in terms of studying the game and prepared to come back and coach. I just don’t want to sit here and speculate. It’s almost like, uh, I don’t know what’s going to happen, Mike. I gotta be honest with you. It’s been a long couple weeks. I know they’ve gone through their process of interviewing candidates, and until they’re done I won’t know.

Listen to the interview here without rolling your eyes.