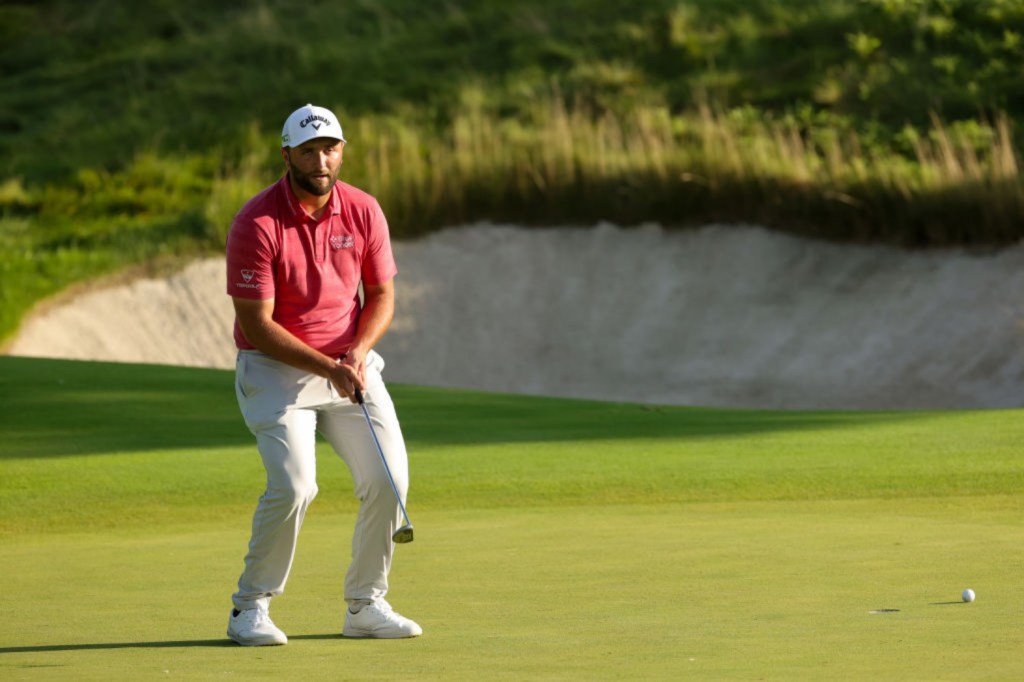 Jon Rahm had a rough Monday. After a weather delay on Sunday, Rahm entered the final round of the Northern Trust leading the field. Rahm shot a two-under 69 but played the final four holes at +2 (including a bogey on 18) and saw his lead disappear.

Tony Finau and Cameron Smith finished tied at -20 to Rahm’s -18. Finau went on to beat Cam Smith in a playoff and Rahm was left wondering what might have been if he could’ve just held it together over the final four holes.

On Thursday, Jon Rahm went out and shot an -8 64 in Round 1 of the PGA Tour’s BMW Championship in Owing Mills, Maryland at Caves Valley Golf Club. After his impressive round and quick turnaround from an emotional collapse in the Northern Trust, Golf Channel reporter Kira K. Dixon asked Rahm how he was able to put the past few days behind him.

Keep in mind that Rahm blew that lead just three days ago and went out and tied for the lead after Round 1. When you factor in travel he’s barely had time to reset at all. Or has he? Jon Rahm told Kira K. Dixon the ‘greatest skill in golf’ is also a piece of Ted Lasso wisdom. Furthermore, Rahm called out Dustin Johnson as being the best player on the PGA Tour at this one skill.

Jon Rahm chatting with the press, asked what it says to come in this week and shoot -8 after a disappointing finish on Monday:
“in the words of Ted Lasso, be a goldfish”. Forgetting and moving on has to be the greatest skill in golf.

When asked who is the best goldfish out here, without skipping a beat he said “Dustin Johnson”

If that ‘goldfish’ message is lost on you because you haven’t watched Ted Lasso yet, here’s the clip that quote refers to. I love this quote. I have a Ted Lasso ‘goldfish’ sticker on my YETI cooler that I found on Etsy, you can see those here if you’re a fan of the show. You can get a bundle of those stickers for cheap on Etsy right here if you’re interested.

For what it’s worth, I cannot recommend Ted Lasso enough but you’ve undoubtedly heard that from others by now, and if you still haven’t watched the show it’s because you’ve made your mind up before watching it and haven’t given it a chance.

Dustin Johnson being the best golfer on tour at forgetting and moving on makes perfect sense. He has this public persona of a guy who doesn’t remember what he did yesterday and has no clue what he’s doing tomorrow. It’s a pretty perfect backhanded compliment when you think about it.