Jon Rahm Shares The Story Behind His ‘Very Stupid’ Celebration After Winning The U.S. Open 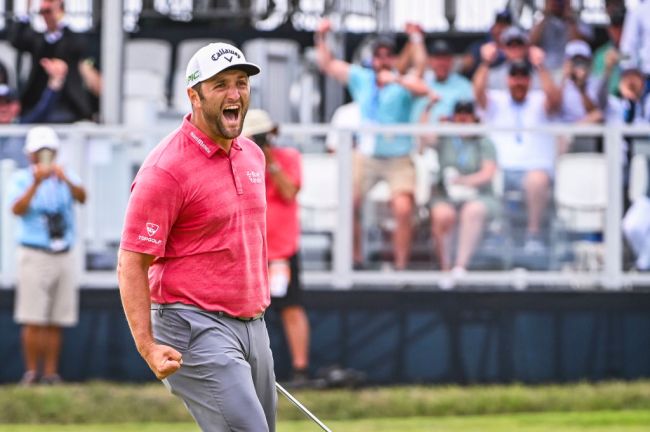 Jon Rahm didn’t hold anything back while celebrating his U.S. Open win at Torrey Pines last month. A video showed him not only drinking out of the trophy but hitting a glow-in-the-dark golf ball off of concrete following his win.

Rahm shared the story behind the viral celebration video ahead of this week’s Scottish Open. It’s safe to say that the drinks were going down very easily at that point of the night, but he still made the shot off the patio look far too easy.

“I don’t know whose brilliant idea it was to find glow-in-the-dark balls, but from then it didn’t take too much to come up with something very stupid,” Rahm explained.

“You saw me hitting the shot, you didn’t see the many people that shouldn’t have even tried to hit the shot – that’s the even more fun part. That was the first time I’ve hit a shot in the dark with a glow-in-the-dark ball and it made for a lot of fun. Granted, I think at that stage of the night anything would have been a good idea.”

Quick shoutout to the guy filming just to the left of Rahm, because he was absolutely in a dangerous spot there, but held in there like an absolute champ.

Rahm had every right to celebrate his face off. He birdied the final two holes of the tournament to become the first Spaniard to win a U.S. Open. Plus, the win came just two weeks after he was forced to withdraw from the Memorial for testing positive for COVID-19 despite holding a six-shot lead heading into the final round.