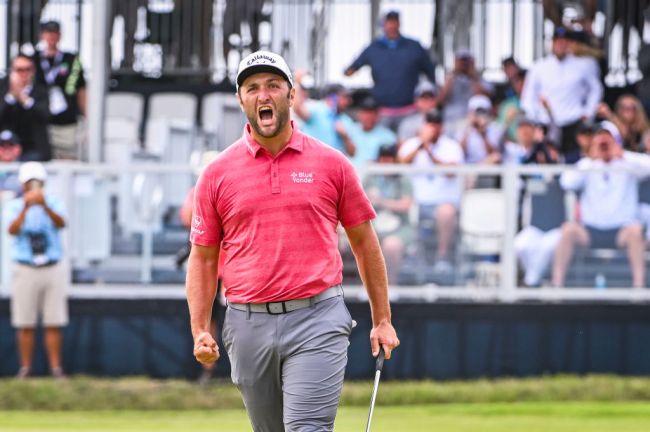 Jon Rahm’s putter caught fire right when he needed it to during the final round of the U.S. Open as he drained two lengthy birdie putts en route to winning his first major.

Given the magnitude of the moment and the incredible celebration afterward, his putt on the final hole will stand in the spotlight for quite some time. However, we can’t overlook the 25-foot birdie putt he made on the difficult Par 3 17th either.

The back-to-back birdie finish from Rahm on Sunday really was something special to witness. To do that in that moment to become the first Spaniard to ever win a U.S. Open was electric.

An absolutely LEGENDARY finish!@JonRahmPGA closes birdie-birdie on 17 and 18 to become the 121st #USOpen champion! pic.twitter.com/pfKmYlIAYe

During his postround interview, Rahm shared that he knew that his putt would snap to the right a bit more than he anticipated. He knew this because he remembered watching Lee Westwood have almost the exact same putt during the 2008 U.S. Open in an attempt to join the Rocco Mediate & Tiger Woods playoff that year.

Rahm clearly has a solid memory because he was only 14-years-old back in ’08.

“I watched Lee Westwood hit that putt to tie Rocco [Mediate] a couple of years ago on 18, and I knew at the end it snaps hard right at the end … It doesn’t really look like it, but it does,” Rahm said, according to GOLF.

“So I was aware of that, I trusted my read, and as soon as I made contact, I looked up and saw where the ball was going. It was exactly the speed and line visualized, and I told myself, that’s in.”

Rahm became the No. 1 player in the Official World Golf Ranking on Monday following his win at Torrey Pines.