Streaker At U.S. Open Goes Into Fairway, Hits A Few Shots, Gets Taken Out By Security Guard On Cart 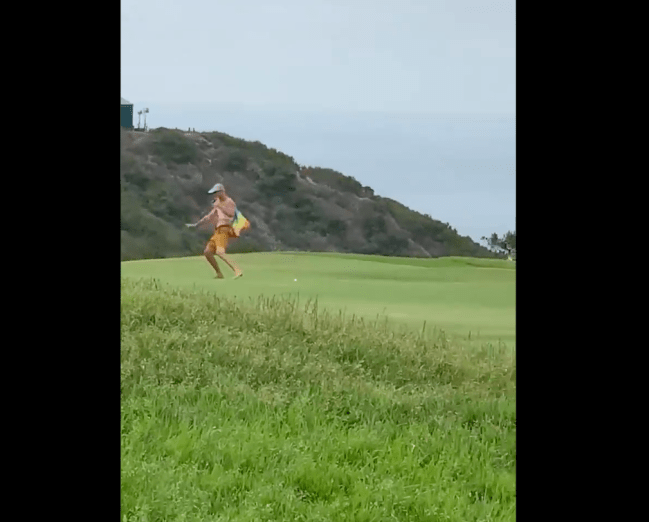 Streakers at golf tournaments aren’t really a thing. We typically see idiots run onto the field during the Super Bowl, during baseball games, or at major soccer matches, but if you think about it, maybe a golf course is the perfect place for a streaker. A certain man at the U.S. Open on Sunday sure looked like he had a good time.

The U.S. Open streaker had it figured out, too. Not only did he have a tie-dye cape on so everyone would notice him, he somehow managed to walk into the tournament with his own club. He was bound and determined to hit a shot at the U.S. Open and he pulled it off in what may be one of the greatest streaker videos of all time.

While the dancing and the golf shots were great, it’s the basketball pump fake he gives the first security guard that really makes this video what it is. Just an unbelievable move to pull, and he pulled it off flawlessly.

Also, shoutout to the security guard that did end up taking the guy down. That was not the first time he’s chased someone down from behind the wheel of a golf cart.

The U.S. Open truly is the people’s championship.