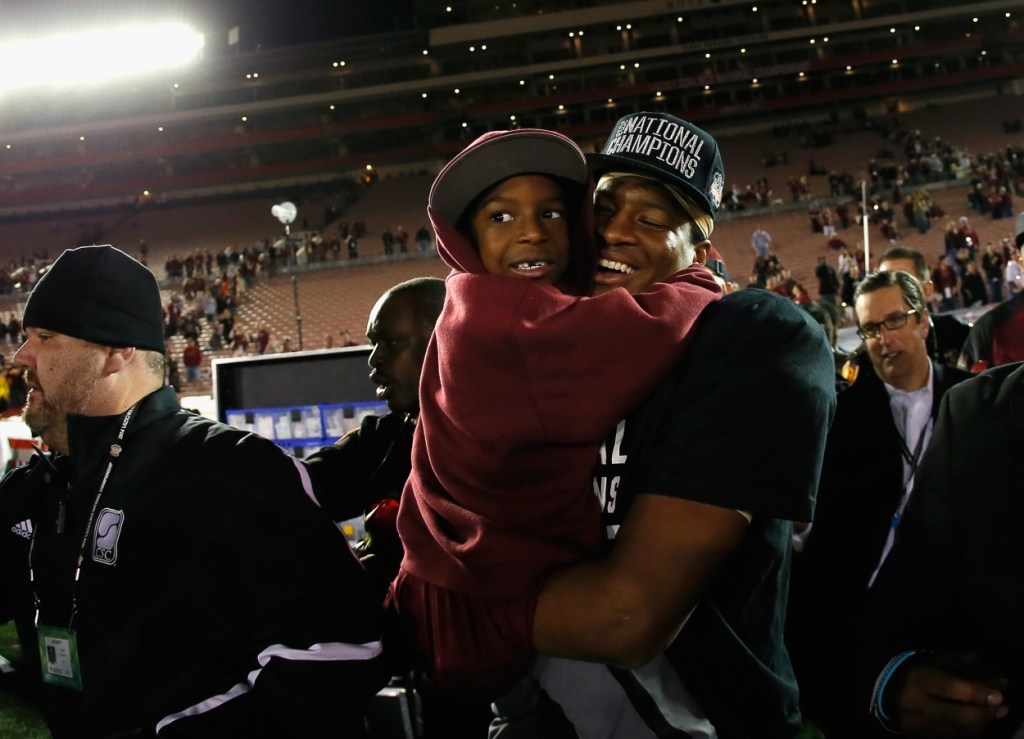 Jonah took his first unofficial visit to Florida State over the weekend and was seen throwing dimes during FSU head coach Mike Norvell’s Individual Camp #3. Afterward, Jonah Winston opened up about what the future of his recruitment might look like and if he’d want to follow in the footsteps of his older brother.

Jonah is barely out of middle school. He is a class of 2026 quarterback and it would be silly to start imagining where he might land in four years but following in the footsteps of Jameis Winston and heading to Florida State would be interesting.

Here’s a clip of Jonah Winston letting the ball loose down the field during Mike Norvell’s Individual Camp #3.

After drills at Norvell’s Individual Camp, FSU reporter @maxescarpio shared a Twitter thread about a conversation he’d had with Jonah Winston. They discussed the possibility of the younger Winston one day playing for the Seminoles and if that’s something he’d considered before.

Winston on the coaching staff:

“The conversations I had with the coaches were great at the camp! I did get a chance to talk to coach Norvell when I went to my brother’s graduation. We basically just introduced ourselves to each other and talked about me coming to camp.”

Would Jonah Winston want to play for FSU like Jameis?

Winston on a potential FSU offer:

“Me and my Dad have been talking about this since day one, the offers are going to come! At my age right now the offers really don’t matter because you never know I can stay the same and not improve. I’m going to make sure that doesn’t happen.”

“I will get better as I get older. If I was to get the offer and end up committing that would be amazing it would be like going back home!”

“I really don’t like to look into that social media stuff… The same people that start cheering for you can change once you make one mistake. It felt good but deep down inside we wasn’t worried about it, I’m going to use it as motivation to get better!”

A better athlete than Jameis!

Winston on the Jameis comparison:

“Yes of course I believe I am a better athlete than my brother at this age! He has me beat in smarts and experience though… If there was something I can take from my brother is his work ethic, smarts, passion, and dog mentality.” @Jaboowins

“Just from my one day back down there it felt how it did when my brother was there! I’m looking forward for the Noles to do big things this year!”

I’ve yet to see or hear anyone inside the FSU organization doubt that Mike Norvell is the guy to bring the Seminoles back to ACC dominance. All of the skepticism regarding Norvell seems to come from outside of Tallahassee.

It will certainly be interesting to see what the Seminoles can do next season and improve off last year. And I’m sure Mike Norvell will be actively following Jonah Winston’s high school development.